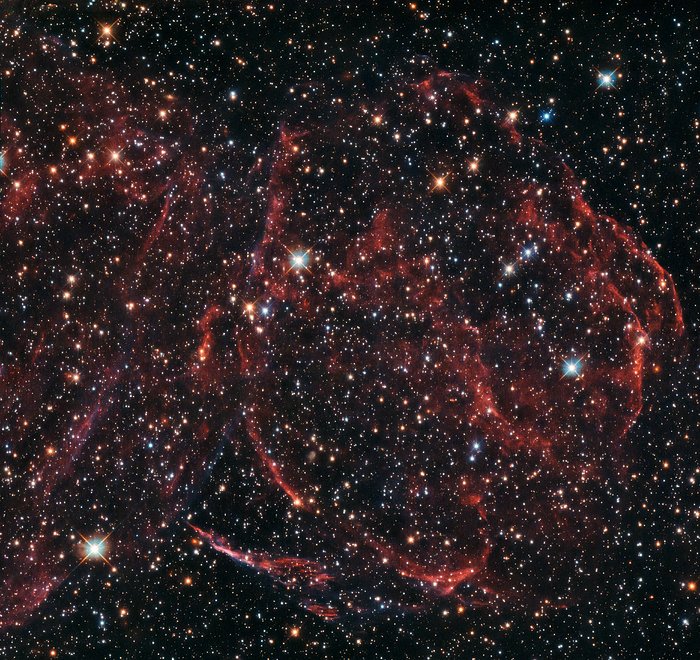 This NASA/ESA Hubble Space Telescope image captures the remnants of a long-dead star. These rippling wisps of ionised gas, named DEM L316A, are located some 160 000 light-years away within one of the Milky Way’s closest galactic neighbours — the Large Magellanic Cloud (LMC).

The explosion that formed DEM L316A was an example of an especially energetic and bright variety of supernova, known as a Type Ia. Such supernova events are thought to occur when a white dwarf star steals more material than it can handle from a nearby companion, and becomes unbalanced. The result is a spectacular release of energy in the form of a bright, violent explosion, which ejects the star’s outer layers into the surrounding space at immense speeds. As this expelled gas travels through the interstellar material, it heats it up and ionise it, producing the faint glow that Hubble’s Wide Field Camera 3 has captured here.