A sky full of stars 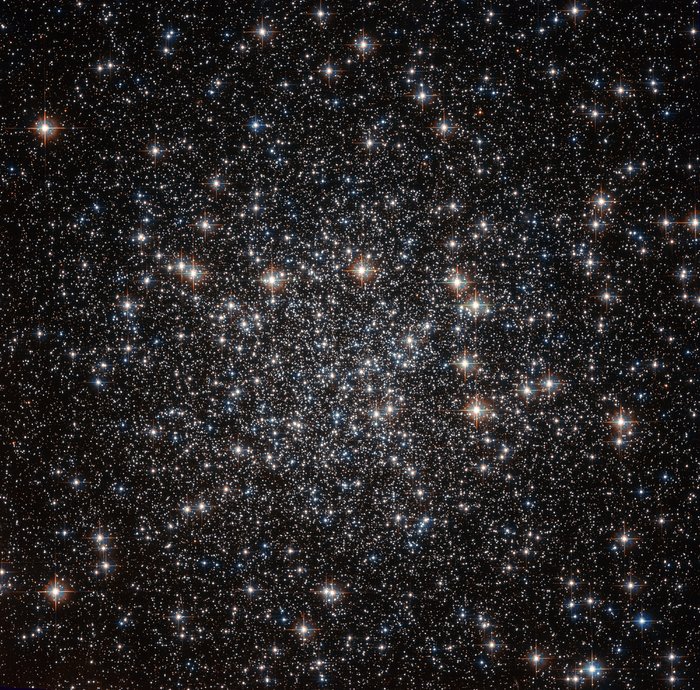 Located approximately 22 000 light-years away in the constellation of Musca (The Fly), this tightly packed collection of stars — known as a globular cluster — goes by the name of NGC 4833. This NASA/ESA Hubble Space Telescope image shows the dazzling stellar group in all its glory.

NGC 4833 is one of the over 150 globular clusters known to reside within the Milky Way. These objects are thought to contain some of the oldest stars in our galaxy. Studying these ancient cosmic clusters can help astronomers to unravel how a galaxy formed and evolved, and give an idea of the galaxy’s age.

Globular clusters are responsible for some of the most striking sights in the cosmos, with hundreds of thousands of stars congregating in the same region of space. Hubble has observed many of these clusters during its time in orbit around our planet, each as breathtaking as the last.