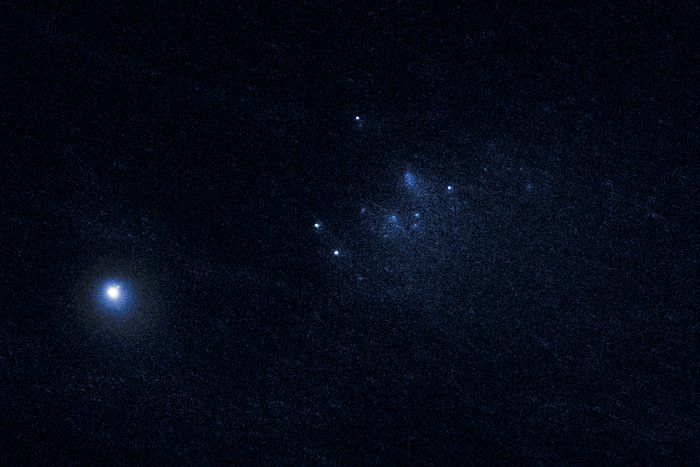 This intriguing new image captured with the NASA/ESA Hubble Space Telescope shows a dust-bathed cluster of fragments from a disintegrated comet. The comet in question, named 332P/Ikeya-Murakami, split into this shower of fragments in the closing months of 2015.

Fragmenting comets such as 332P/Ikeya-Murakami have long been objects of fascination for astronomers worldwide. Famously, Comet Shoemaker-Levy 9 disintegrated in 1992, crashing into the atmosphere of Jupiter at nearly 200 000 kilometres per hour, creating scars on it almost half the size of Earth.

Though well-studied, objects such as this remain a puzzle to astronomers; no theory fully explains why comets split apart on their long journeys around the Sun. Hubble will continue to observe 332P/Ikeya-Murakami and comets like it, unravelling the nature of these mysterious objects.