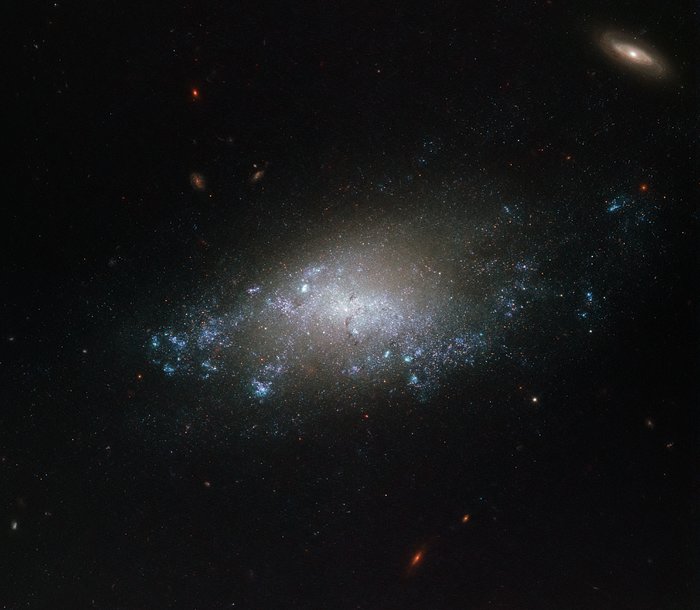 This image of the spiral galaxy NGC 3274 comes courtesy of the NASA/ESA Hubble Space Telescope’s Wide Field Camera 3 (WFC3). Hubble’s WFC3 vision spreads from the ultraviolet light through to the near infrared , allowing astronomers to study a wide range of targets, from nearby star formation through to galaxies in the most remote regions of the cosmos.

This particular image combines observations gathered in five different filters, bringing together ultraviolet, visible, and infrared light to show off NGC 3274 in all its glory. As with all of the data Hubble sends back to Earth, it takes advantage of the telescope’s location in space above our planet’s distorting atmosphere. WFC3 returns clear, crisp, and detailed images time after time.

NGC 3274 is a relatively faint galaxy located over 20 million light-years away in the constellation of Leo (The Lion). The galaxy was discovered by Wilhelm Herschel in 1783. The galaxy PGC 213714 is also visible on the upper right of the frame, located much further away from Earth.