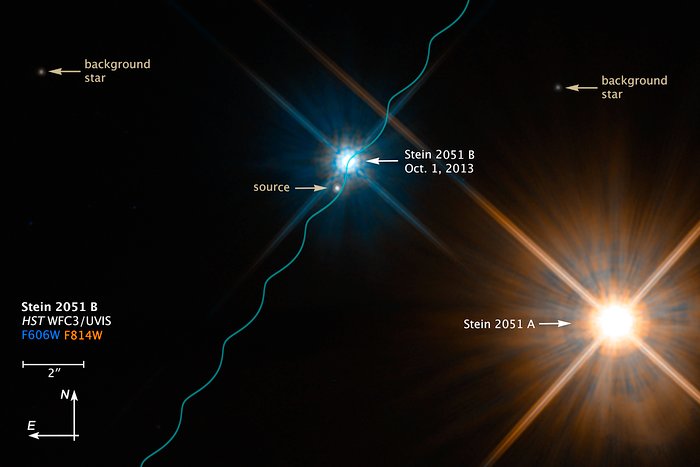 This NASA/ESA Hubble Space Telescope image shows the binary star system Stein 2051 on October 1, 2013, consisting of the brighter, redder "A" component at lower right and the fainter, bluer "B" component near the centre, a white dwarf star. Because these stars are only 17 light-years away they appear to move in the sky relative to the much more distant background stars in several months of observations with Hubble. The wavy blue line traces this motion, due to their true motion relative to the Sun combined with the parallax due to the motion of Earth around the Sun. Stein 2051 B appeared to pass close enough to one of these background stars, labeled "source" that the light from the background star was bent due to the mass of the white dwarf. This colour image was made by combining images taken in two filters with Hubble's Wide Field Camera 3.