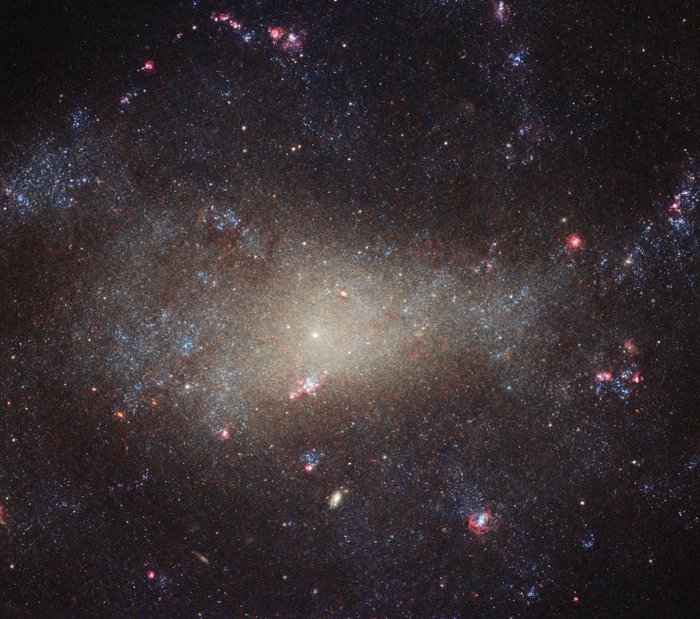 Tucked away in the small northern constellation of Canes Venatici (The Hunting Dogs) is the galaxy NGC 4242, shown here as seen by the NASA/ESA Hubble Space Telescope. The galaxy lies some 30 million light-years from us. At this distance from Earth, actually not all that far on a cosmic scale, NGC 4242 is visible to anyone armed with even a basic telescope (as British astronomer William Herschel found when he discovered the galaxy in 1788).

This image shows the galaxy’s bright centre and the surrounding dimmer and more diffuse “fuzz”. Despite appearing to be relatively bright in this image, studies have found that NGC 4242 is actually relatively dim (it has a moderate-to-low surface brightness and low luminosity) and also supports a low rate of star formation. The galaxy also seems to have a weak bar of stars cutting through its asymmetric centre, and a very faint and poorly-defined spiral structure throughout its disc. But if NGC 4242 is not all that remarkable, as with much of the Universe, it is still a beautiful and ethereal sight.