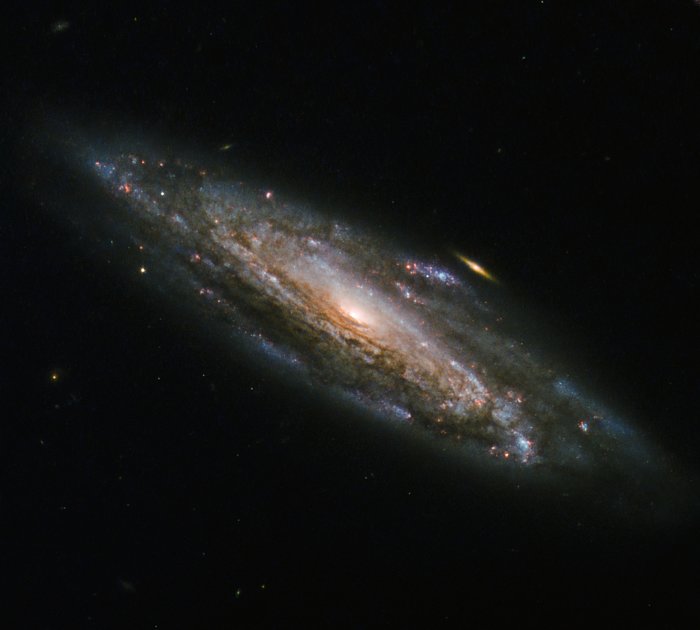 Like firecrackers lighting up the sky on New Year’s Eve, the majestic spiral arms of NGC 5559 are alight with new stars being born. NGC 5559 is a spiral galaxy, with spiral arms filled with gas and dust sweeping out around the bright galactic bulge. These arms are a rich environment for star formation, dotted with a festive array of colours including the newborn stars glowing blue as a result of their immensely high temperatures.

In 2001, a calcium-rich supernova called 2001co was observed in NGC 5559. Calcium-rich supernovae (Ca-rich SNe) are described as “fast-and-faint”, as they're less luminous than other types of supernovae and also evolve more rapidly, to reveal spectra dominated by strong calcium lines. 2001co occurred within the disc of NGC 5559 near star-forming regions, but Ca-rich SNe are often observed at large distances from the nearest galaxy, raising curious questions about their progenitors.