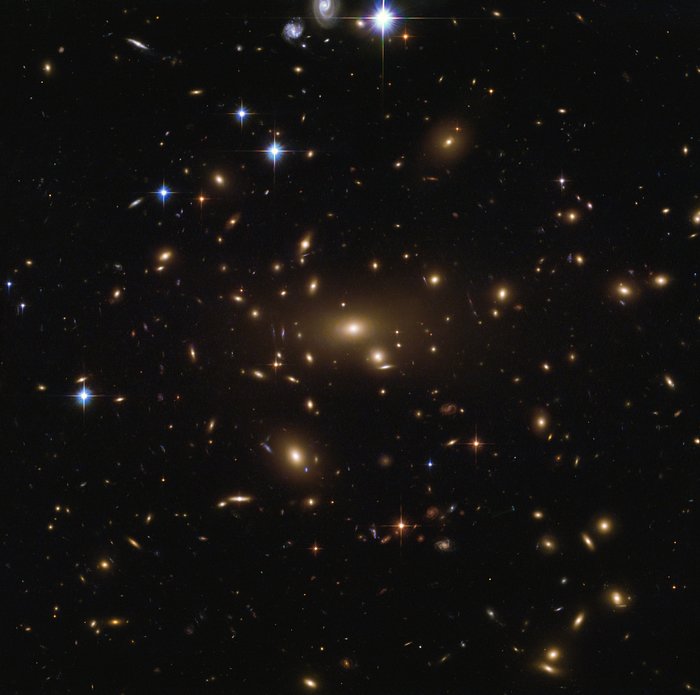 The Universe contains some truly massive objects. Although we are still unsure how such gigantic things come to be, the current leading theory is known as hierarchical clustering, whereby small clumps of matter collide and merge to grow ever larger. The 14-billion-year history of the Universe has seen the formation of some enormous cosmic structures, including galaxy groups, clusters, and superclusters — the largest known structures in the cosmos!

This particular cluster is called Abell 665. It was named after its discoverer, George O. Abell, who included it in his seminal 1958 cluster catalogue. Abell 665 is located in the well-known northern constellation of Ursa Major (The Great Bear). This incredible image combines visible and infrared light gathered by the NASA/ESA Hubble Space Telescope using two of its cameras: the Advanced Camera for Surveys and the Wide Field Camera 3.

Abell 665 is the only galaxy cluster in Abell’s entire catalogue to be given a richness class of 5, indicating that the cluster contains at least 300 individual galaxies. Because of this richness, the cluster has been studied extensively at all wavelengths, resulting in a number of fascinating discoveries — among other research, Abell 665 has been found to host a giant radio halo, powerful shockwaves, and has been used to calculate an updated value for the Hubble constant (a measure of how fast the Universe is expanding).