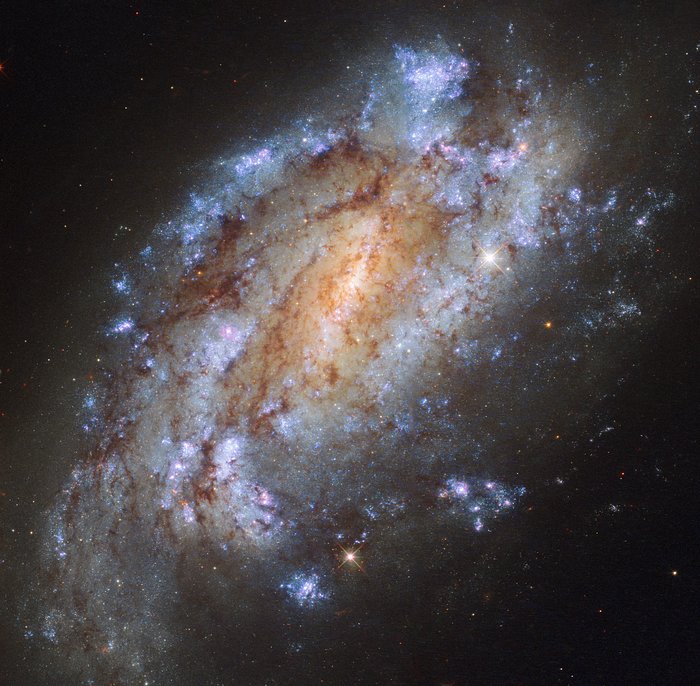 NGC 1559 has massive spiral arms chock-full of star formation, and is receding from us at a speed of about 1300 km/s. The galaxy contains the mass of around ten billion Suns — while this may sound like a lot, that is almost 100 times less massive than the Milky Way. Although NGC 1559 appears to sit near one of our nearest neighbours in the sky — the Large Magellanic Cloud (LMC), this is just a trick of perspective. In reality, NGC 1559 is physically nowhere near the LMC in space — in fact, it truly is a loner, lacking the company of any nearby galaxies or membership of any galaxy cluster.

NGC 1559 may be alone in space, but we are watching and admiring from far away.