A window into the cosmic past 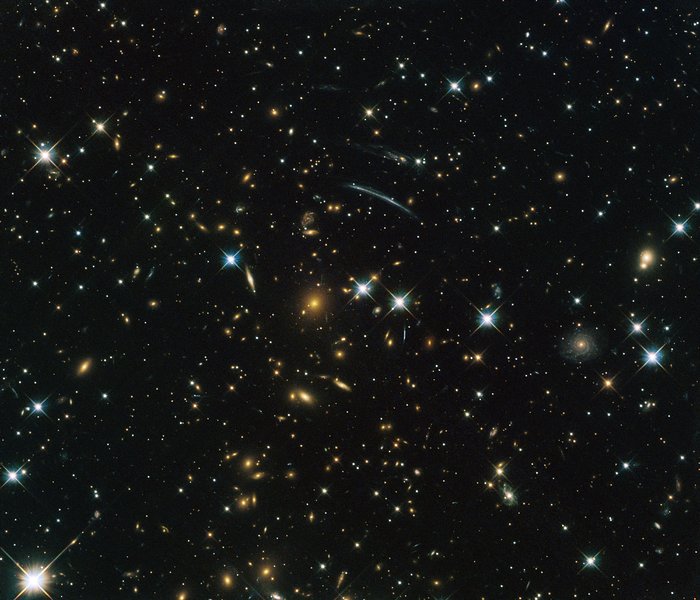 This image from the NASA/ESA Hubble Space Telescope shows the galaxy cluster PLCK G004.5-19.5. It was discovered by the ESA Planck satellite through the Sunyaev-Zel’dovich effect — the distortion of the cosmic microwave background radiation in the direction of the galaxy cluster, by high energy electrons in the intracluster gas. The large galaxy at the centre is the brightest galaxy in the cluster and the dominant object in this image, and above it a thin, curved gravitational lens arc is visible. This is caused by the gravitational forces of the cluster bending the light from stars and galaxies behind it, in a similar way to how a glass lens bends light.

Several stars are visible in front of the cluster — recognisable by their diffraction spikes — but aside from these, all other visible objects are distant galaxies. Their light has become redshifted by the expansion of space, making them appear redder than they actually are. By measuring the amount of redshift, we know that it took more than 5 billion years for the light from this galaxy cluster to reach us. The light of the galaxies in the background had to travel for even longer than that, making this image an extremely old window into the far reaches of the Universe.