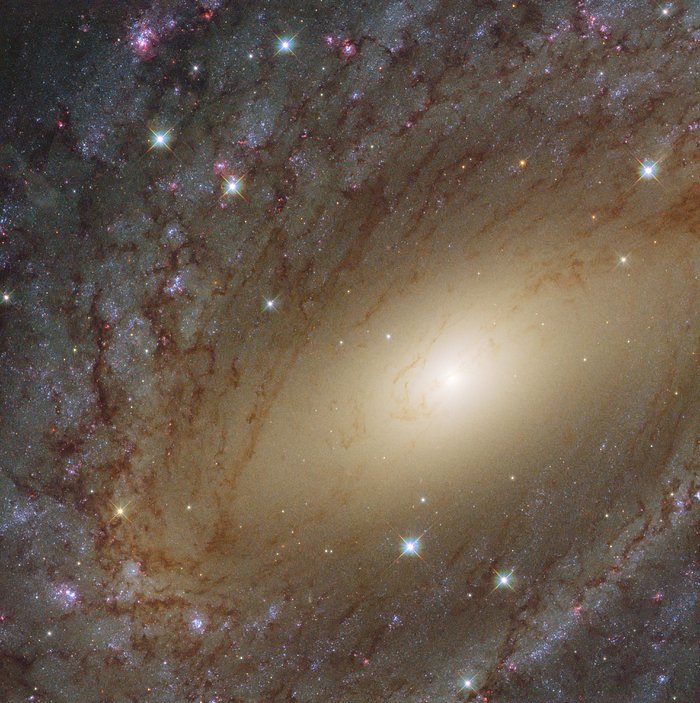 This image taken by the NASA/ESA Hubble Space Telescope’s Wide Field Camera 3 (WFC3) shows a beautiful spiral galaxy called NGC 6744. At first glance, it resembles our Milky Way albeit larger, measuring more than 200 000 light-years across compared to 100 000 light-year diameter for our home galaxy.

NGC 6744 is similar to our home galaxy in more ways than one. Like the Milky Way, NGC 6744 has a prominent central region packed with old yellow stars. Moving away from the galactic core, one can see parts of the dusty spiral arms painted in shades of pink and blue; while the blue sites are full of young star clusters, the pink ones are regions of active star formation, indicating that the galaxy is still very lively.

In 2005, a supernova, named 2005at, was discovered within NGC 6744, adding to the argument of this galaxy’s liveliness (not visible in this image). SN 2005at is a type Ic supernova, formed when a massive star collapses in itself and loses its hydrogen envelope.