Nebulous, but no nebula 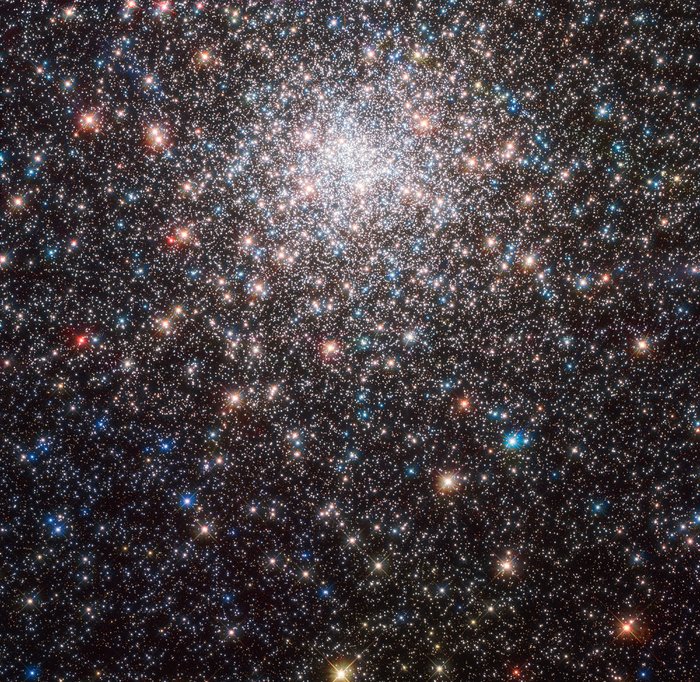 This Hubble Picture of the Week shows Messier 28, a globular cluster in the constellation of Sagittarius (The Archer), in jewel-bright detail. It is about 18 000 light-years away from Earth.

As its name suggests, this cluster belongs to the Messier catalogue of objects — however, when astronomer Charles Messier first added Messier 28 to his list in 1764, he catalogued it incorrectly, referring to it as a “[round] nebula containing no star”. While today we know nebulae to be vast, often glowing clouds of interstellar dust and ionised gases, until the early twentieth century a nebula represented any astronomical object that was not clearly localised and isolated. Any unidentified hazy light source could be called a nebula. In fact, all 110 of the astronomical objects identified by Messier were combined under the title of the Catalogue of Nebulae and Star Clusters. He classified many objects as diverse as star clusters and supernova remnants as nebulae. This includes Messier 28, pictured here — which, ironically, is actually a star cluster.

Messier’s mistake is understandable. Whilst Messier 28 is easily recognisable as a globular stellar cluster in this image, it is far less recognisable from Earth. Even with binoculars it is only visible very faintly, as the distorting effects of the Earth’s atmosphere reduce this luminous ancient cluster to a barely visible smudge in the sky. One would need larger telescopes to resolve single stars in Messier 28. Fortunately, from space Hubble allows Messier 28 to be seen in all its beauty — far more than a faint, shapeless, nebulous cloud.