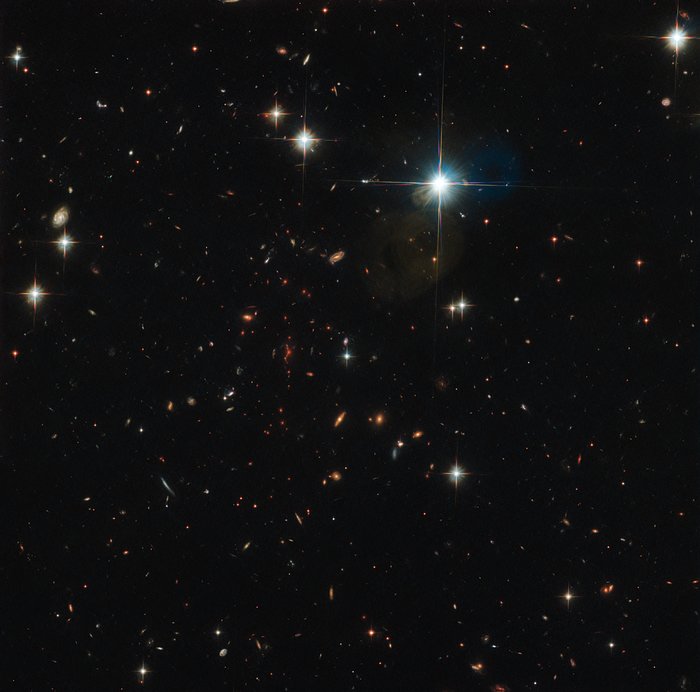 Dotted across the sky in the constellation of Pictor (The Painter’s Easel) is the galaxy cluster highlighted here by the NASA/ESA Hubble Space Telescope: SPT-CL J0615-5746, or SPT0615 for short. First discovered by the South Pole Telescope less than a decade ago, SPT0615 is exceptional among the myriad clusters so far catalogued in our map of the Universe — it is the highest-redshift cluster for which a full, strong lens model is published.

Just as ancient paintings can tell us about the period of history in which they were painted, so too can ancient galaxies tell us about the era of the Universe in which they existed. To learn about cosmological history, astronomers explore the most distant reaches of the Universe, probing ever further out into the cosmos. The light from distant objects travels to us from so far away that it takes an immensely long time to reach us, meaning that it carries information from the past — information about the time at which it was emitted.

By studying such distant objects, astronomers are continuing to fill the gaps in our picture of what the very early Universe looked like, and uncover more about how it evolved into its current state.