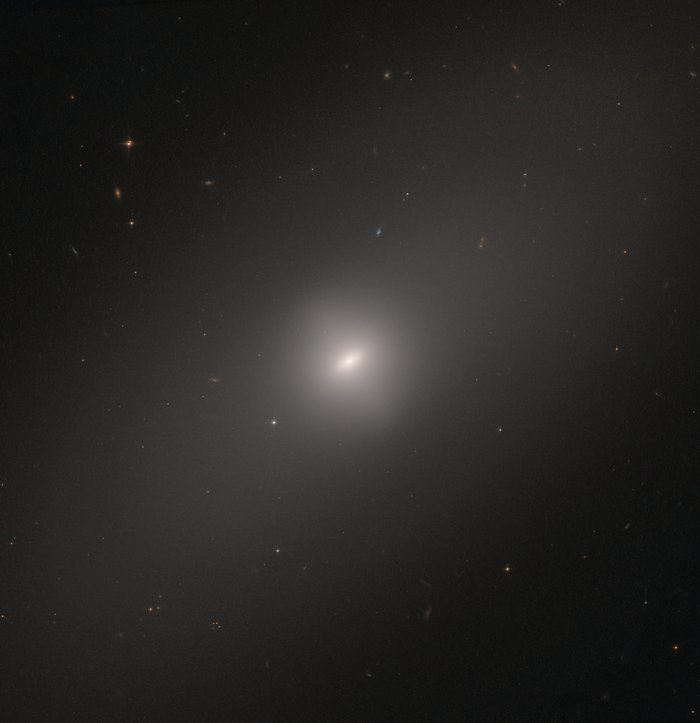 NGC 3384, visible in this image, has many of the features characteristic of so-called elliptical galaxies. Such galaxies glow diffusely, are rounded in shape, display few visible features, and rarely show signs of recent star formation. Instead, they are dominated by old, ageing, and red-hued stars. This stands in contrast to the sprightliness of spiral galaxies such as our home galaxy, the Milky Way, which possess significant populations of young, blue stars in spiral arms swirling around a bright core.

However, NGC 3384 also displays a hint of disc-like structure towards its centre, in the form of a central ‘bar’ of stars cutting through its centre. Many spirals also boast such a bar, the Milky Way included; galactic bars are thought to funnel material through and around a galaxy’s core, helping to maintain and fuel the activities and processes occurring there.

NGC 3384 is located approximately 35 million light-years away in the constellation of Leo (The Lion). This image was taken using the NASA/ESA Hubble Space Telescope’s Advanced Camera for Surveys.