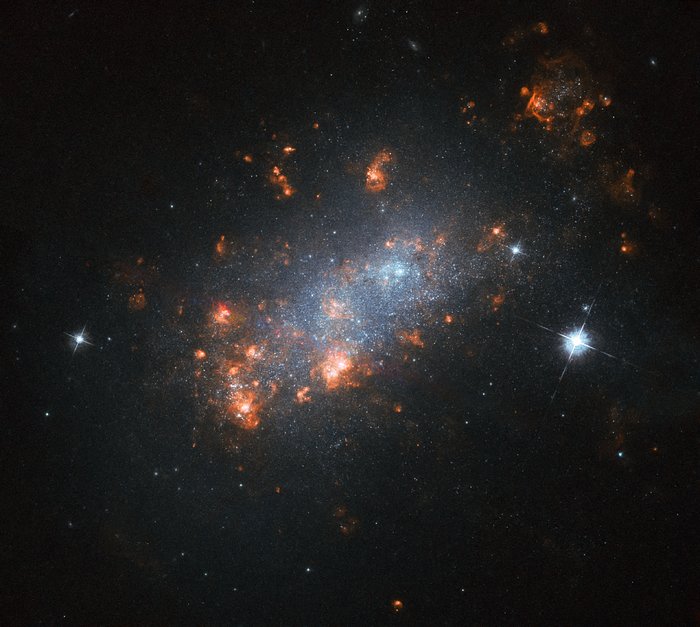 The galaxy NGC 1156 resembles a delicate cherry blossom tree flowering in springtime in this Hubble Picture of the Week. The many bright "blooms" within the galaxy are in fact stellar nurseries — regions where new stars are springing to life. Energetic light emitted by newborn stars in these regions streams outwards and encounters nearby pockets of hydrogen gas, causing it to glow with a characteristic pink hue.

NGC 1156 is located in the constellation of Aries (The Ram). It is classified as a dwarf irregular galaxy, meaning that it lacks a clear spiral or rounded shape, as other galaxies have, and is on the smaller side, albeit with a relatively large central region that is more densely packed with stars.

Some pockets of gas within NGC 1156 rotate in the opposite direction to the rest of the galaxy, suggesting that there has been a close encounter with another galaxy in NGC 1156's past. The gravity of this other galaxy — and the turbulent chaos of such an interaction — could have scrambled the likely more orderly rotation of material within NGC 1156, producing the odd behaviour we see today.