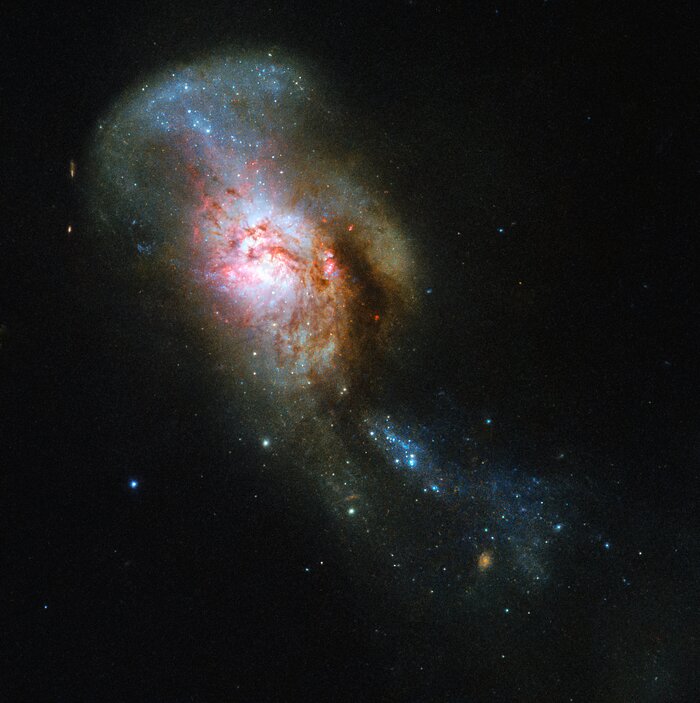 The galaxy pictured in this Hubble Picture of the Week has an especially evocative name: the Medusa merger.

Often referred to by its somewhat drier New General Catalogue designation of NGC 4194, this was not always one entity, but two. An early galaxy consumed a smaller gas-rich system, throwing out streams of stars and dust out into space. These streams, seen rising from the top of the merger galaxy, resembles the writhing snakes that Medusa, a monster in ancient Greek mythology, famously had on her head in place of hair, lending the object its intriguing name.

The legend of Medusa also held that anyone who saw her face would transform into stone. In this case, you can feast your eyes without fear on the centre of the merging galaxies, a region known as Medusa's eye. All the cool gas pooling here has triggered a burst of star formation, causing it to stand out brightly against the dark cosmic backdrop.

The Medusa merger is located about 130 million light-years away in the constellation of Ursa Major (The Great Bear).