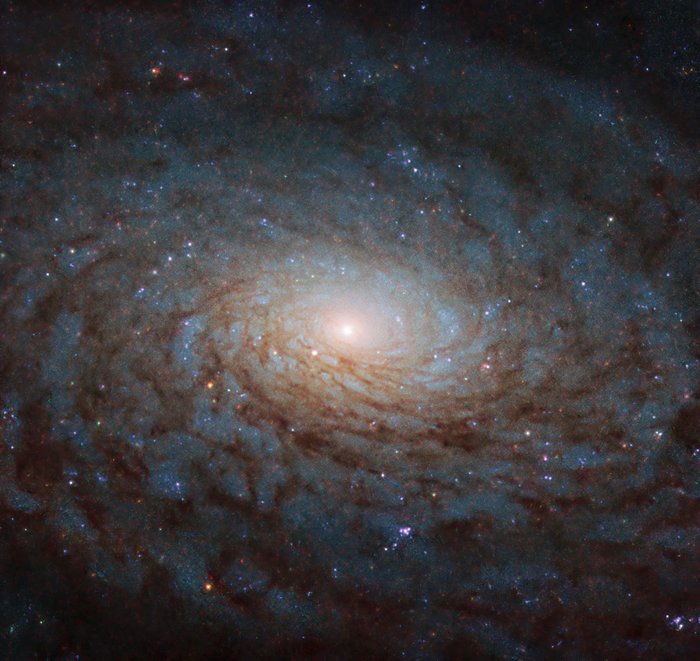 The galaxy NGC 4380 looks like a special effect straight out of a science fiction or fantasy film in this Hubble Picture of the Week, swirling  like a gaping portal to another dimension.

In the grand scheme of things, though, the galaxy is actually quite ordinary. Spiral galaxies like NGC 4380 are one of the most common types of galaxy in the Universe. These colossal collections of stars, often numbering in the hundreds of billions, are shaped like a flat disc, sometimes with a rounded bulge in the centre. Graceful spiral arms outlined by dark lanes of dust wind around the bulging core, which glows brightly and has the highest concentration of stars in the galaxy.