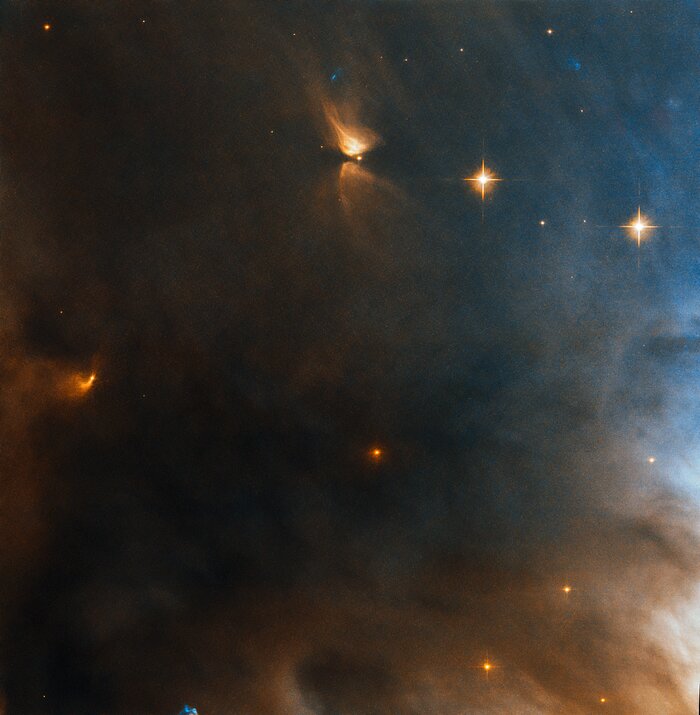 Within a galaxy hosting around 300 billion stars, here the NASA/ESA Hubble Space Telescope has captured a mere handful or two — just about enough to form a single football team. These stellar “teammates” play under the banner of NGC 1333, the cloud of gas and dust which formed them and that they continue to call home.

NGC 1333 is located about 1000 light-years away in the constellation of Perseus (The Hero). The cool gas and dust concentrated in this region is generating new stars whose light is then reflecting off the surrounding material, lighting it up and making this object’s lingering presence known to us. NGC 1333 is accordingly classified as a reflection nebula.

This image shows just a single region of NGC 1333. Hubble has imaged NGC 1333 more widely before, revealing that the smattering of stars seen here has ample company. Seen in a broader context, this team of stars is but one gathering amongst many in NGC 1333’s celestial Champions League.