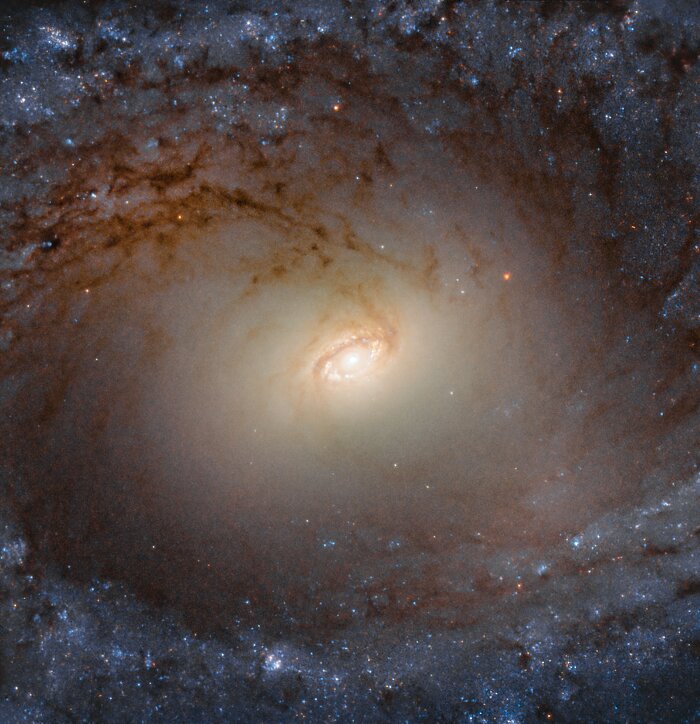 This image from the NASA/ESA Hubble Space Telescope shows IC 2051, a galaxy in the southern constellation of Mensa (The Table Mountain), lying about 85 million light-years away. It is a spiral galaxy, as evidenced by its characteristic whirling, pinwheeling arms, and it has a bar of stars slicing through its centre.

This galaxy was observed for a Hubble study on galactic bulges, the bright round central region of spiral galaxies. Spiral galaxies like IC 2051 are shaped a bit like flying saucers when seen from the side; they comprise a thin, flat disc, with a bulky bulge of stars in the centre that extends above and below the disc. These bulges are thought to play a key role in how galaxies evolve, and to influence the growth of the supermassive black holes lurking at the centres of most spirals. While more observations are needed in this area, studies suggest that some, or even most, galactic bulges may be complex composite structures rather than simple ones, with a mix of spherical, disc-like, or boxy components, potentially leading to a wide array of bulge morphologies in the Universe.