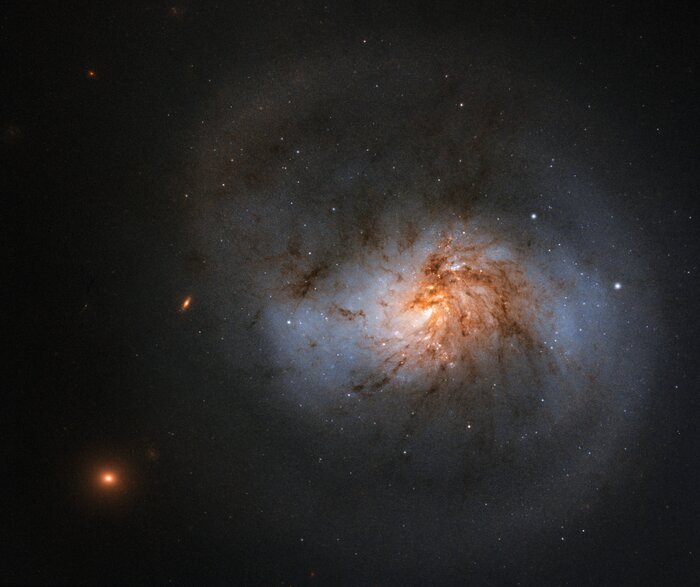 This peculiar galaxy, beautifully streaked with tendrils of reddish dust, is captured here in wonderful detail by the NASA/ESA Hubble Space Telescope.

The galaxy is known as NGC 1022, and is officially classified as a barred spiral galaxy. You can just about make out the bar of stars in the centre of the galaxy in this image, with swirling arms emerging from its ends. This bar is much less prominent than in some of the galaxy’s barred cousins and gives the galaxy a rather squat appearance; but the lanes of dust that swirl throughout its disc ensure it is no less beautiful.

Hubble observed this image as part of a study into one of the Universe’s most notorious residents: black holes. These are fundamental components of galaxies, and are thought to lurk at the hearts of many — if not all — spirals. In fact, they may have quite a large influence over their cosmic homes. Studies suggest that the mass of the black hole sitting at a galaxy’s centre is linked with the larger-scale properties of the galaxy itself. However, in order to learn more, we need observational data of a wider and more diverse range of galaxies — something Hubble’s study aims to provide.