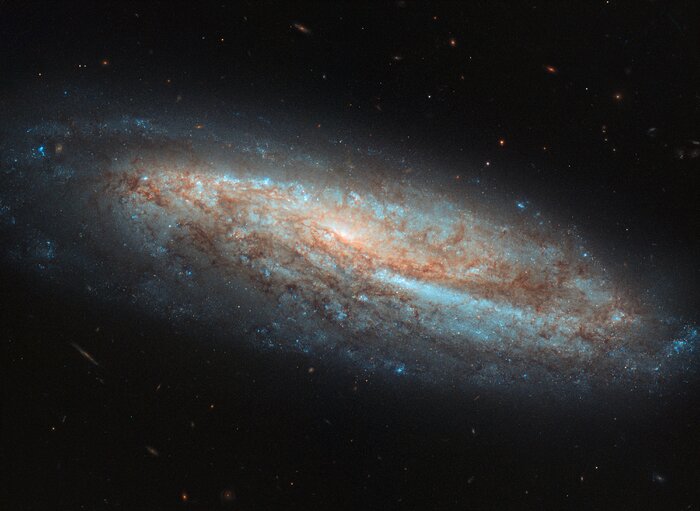 The galaxy depicted in this Picture of the Week is a barred spiral known as NGC 7541, seen here as viewed by the NASA/ESA Hubble Space Telescope, in the constellation of Pisces (The Fishes).

A barred spiral is a galaxy with whirling, pinwheeling, spiral arms, and a bright centre that is intersected by a bar of gas and stars. This bar cuts directly through the galaxy’s central region, and is thought to  invigorate the region somewhat, sparking activity and fuelling myriad processes that may otherwise have never occurred or have previously ground to a halt (star formation and active galactic nuclei being key examples). We think bars exist in up to two-thirds of all spiral galaxies, including our own home, the Milky Way.

NGC 7541 is actually observed to have a higher-than-usual star formation rate, adding weight to the theory that spiral bars act as stellar nurseries, corralling and funnelling inwards the material and fuel needed to create and nurture new baby stars. Along with its nearby companion NGC 7537, the galaxy makes up a pair of galaxies located about 110 million light-years away from us.