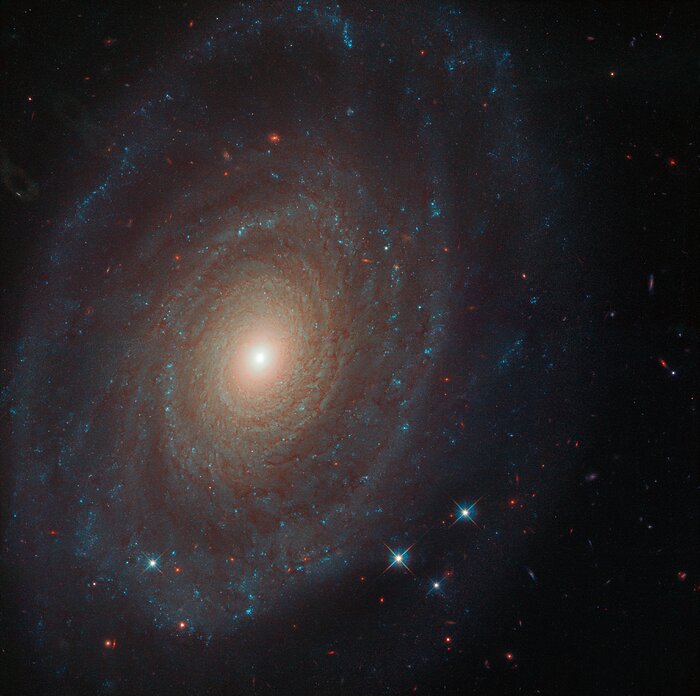 This image of an archetypal spiral galaxy was captured by the NASA/ESA Hubble Space Telescope.

The subject of this image is known as NGC 691, and it can be found some 120 million light-years from Earth. This galaxy was one of thousands of objects discovered by astronomer William Herschel during his prolific decades-long career spent hunting for, characterising, and cataloguing a wide array of the galaxies and nebulae visible throughout the night sky — almost 200 years before Hubble was even launched.

The intricate detail visible in this Picture of the Week would likely be extraordinary to Herschel. Hubble was able to capture an impressive level of structure within NGC 691’s layers of stars and spiralling arms — all courtesy of the telescope’s high-resolution Wide Field Camera 3.