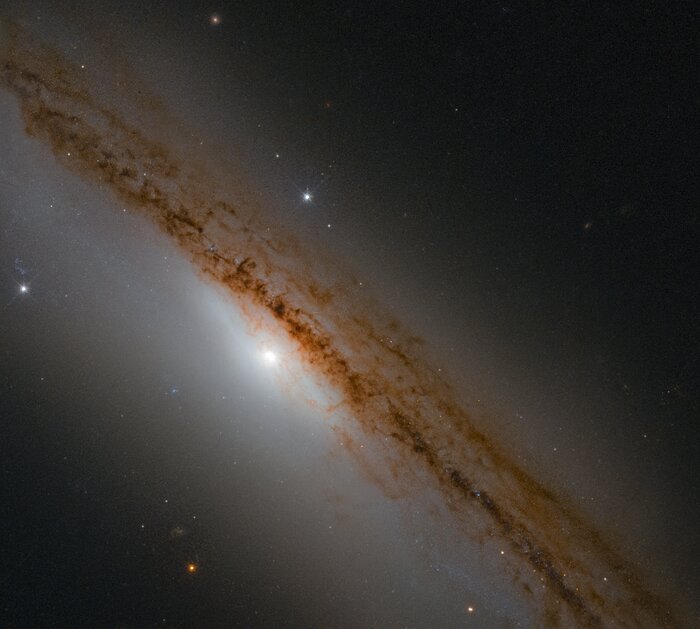 The subject of this Picture of the Week, a spiral galaxy named NGC 1589, was once the scene of a violent bout of cosmic hunger pangs; as astronomers looked on, a poor, hapless star was torn apart and devoured by the ravenous supermassive black hole at the centre of the galaxy.

The astronomers are now using the NASA/ESA Hubble Space Telescope to test this interpretation. Hubble has observed such events before so the scientists are confident that Hubble will be able to provide smoking gun evidence in the form of stellar debris that was ejected during the disruption event.