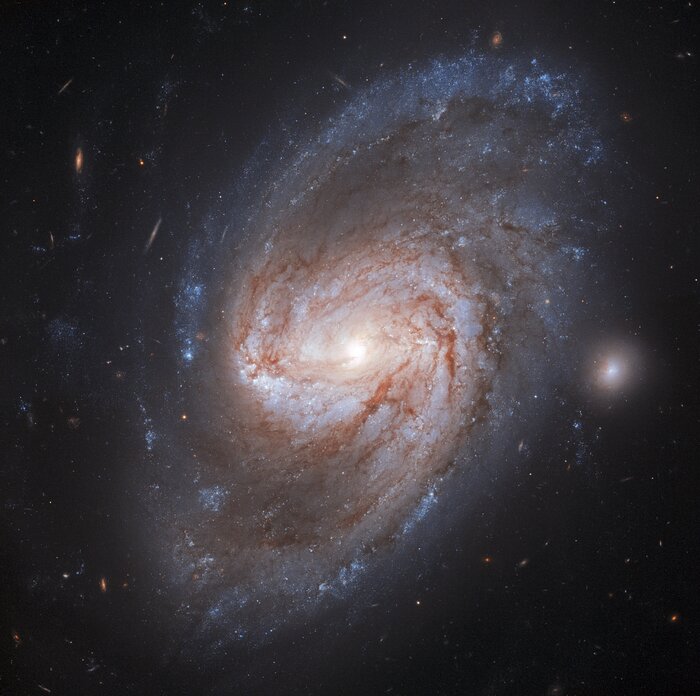 In the forests of the night lies a barred spiral galaxy called NGC 3583, imaged here by the NASA/ESA Hubble Space Telescope. This is a barred spiral galaxy with two arms that twist out into the Universe. This galaxy is located 98 million light-years away from the Milky Way. Two supernovae exploded in this galaxy, one in 1975 and another, more recently, in 2015.

There are a few different ways that supernova can form. In the case of these two supernovae, the explosions evolved from two independent binary star systems in which the stellar remnant of a Sun-like star, known as a white dwarf, was collecting material from its companion star. Feeding off of its partner, the white dwarf gorged on the material until it reached a maximum mass. At this point, the star collapsed inward before exploding outward in a brilliant supernova.

Two of these events were spotted in NGC 3583, and though not visible in this picture of the week, we can still marvel at the galaxy’s fearful symmetry.