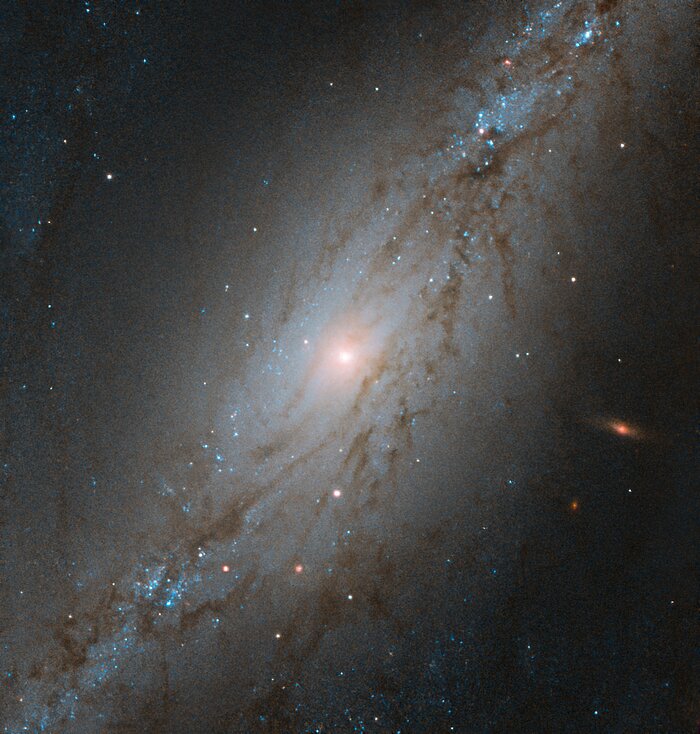 Captured by the NASA/ESA Hubble Space Telescope, this image shows NGC 7513, a barred spiral galaxy. Located approximately 60 million light-years away, NGC 7513 lies within the Sculptor constellation in the southern hemisphere.

While some galaxies, like the Milky Way and the Andromeda galaxy, are caught in each other’s gravitational pull and will eventually merge together, the vast majority of  galaxies in our Universe appear to be moving away from each other. This phenomenon is due to the expansion of the Universe, and it is the space between galaxies that is stretching, rather than the galaxies themselves moving.