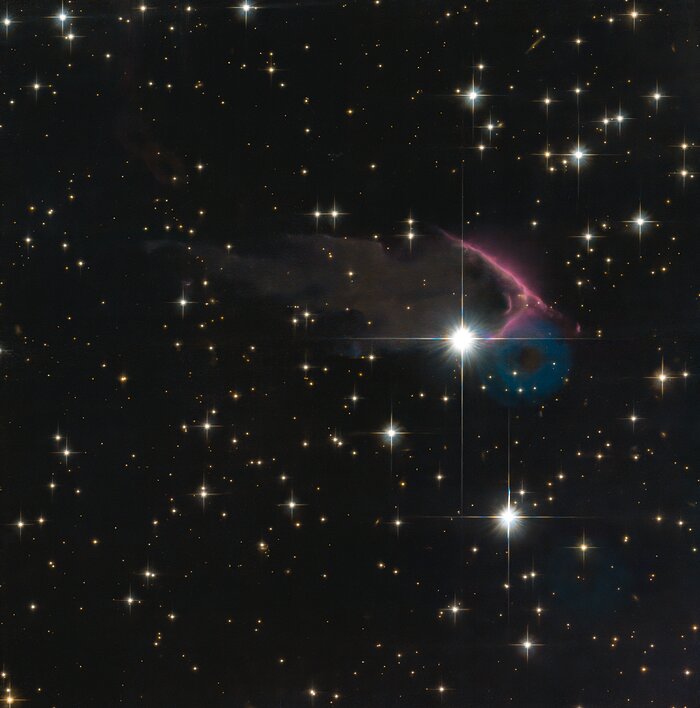 Galaxies are well known as the birthplaces of stars and planets thanks to the overwhelmingly large amount of dust and gas within them. Over time, cold gas coalesces into molecular clouds, leading to the further emergence of star-forming regions.

This image taken with the NASA/ESA Hubble Space Telescope depicts a fantastic new class of star-forming nursery, known as Free-floating Evaporating Gaseous Globules, or frEGGs for short. This object, known as J025027.7+600849, is located in the constellation of Cassiopeia.

When a massive new star (or stars) starts to shine while still within the cool molecular cloud from which it formed, its energetic radiation can ionise the cloud’s hydrogen and create a large, hot bubble of ionised gas. Amazingly, located within this bubble of hot gas around a nearby massive star are the frEGGs: dark compact globules of dust and gas, some of which are also giving birth to low-mass stars. The boundary between the cool, dusty frEGG and hot gas bubble is seen as the glowing purple/blue edges in this fascinating image.

Learning more about these odd objects can help astronomers understand how stars like our Sun form under external influences. In fact, our Sun may have even been born in a frEGG!