A Discovery of Ghostly Arms 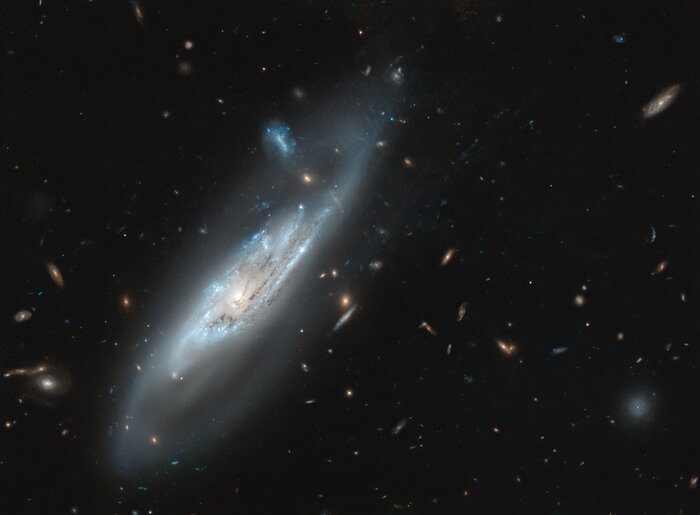 A notable feature of most spiral galaxies is the multitude of arching spiral arms that seemingly spin out from the galaxy’s centre. In this image, taken with the NASA/ESA Hubble Space Telescope, the stunning silvery-blue spiral arms of the galaxy NGC 4848 are observed in immense detail. Not only do we see the inner section of the spiral arms containing hundreds of thousands of young, bright, blue stars, but Hubble has also captured the extremely faint wispy tails of the outer spiral arms.

This wispy barred spiral galaxy was first discovered in 1865 by the German astronomer Heinrich Louis d’Arrest. In his career, Heinrich also notably discovered the asteroid 76 Freia and many other galaxies and he also contributed to the discovery of Neptune.

If you are situated in the Northern Hemisphere with a large telescope, you might just be able to observe the ghost-like appearance of this faint galaxy  within faint constellation of Coma Berenices (Berenice’s Hair).