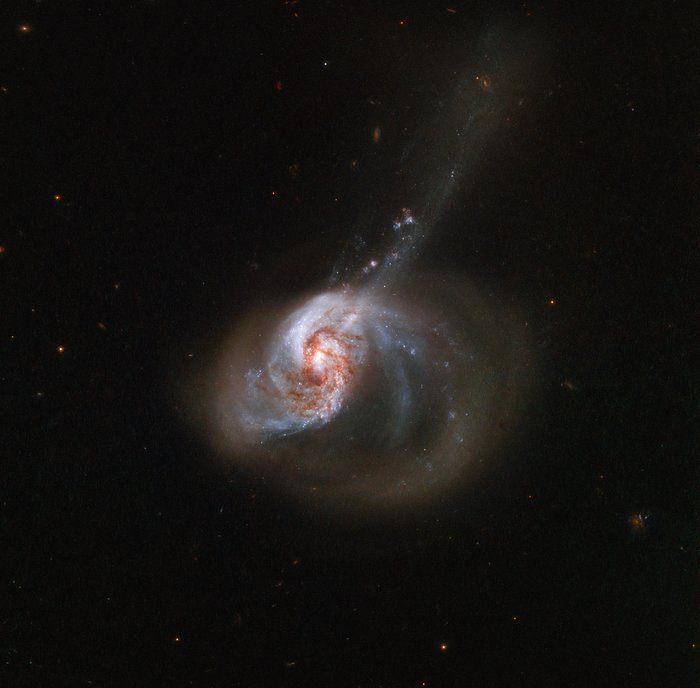 NGC 1614, captured here by the NASA/ESA Hubble Space Telescope,  is an eccentrically-shaped galaxy ablaze with activity. The galaxy resides about 200 million light-years from Earth and is nestled in the southern constellation of Eridanus (The River).

NGC 1614 is the result of a past galactic merger which created its peculiar appearance. The cosmic collision also drove a turbulent flow of interstellar gas from the smaller of the two galaxies involved  into the nucleus of the larger one, resulting in a burst of star formation which started in the core and slowly spread outwards through the galaxy.