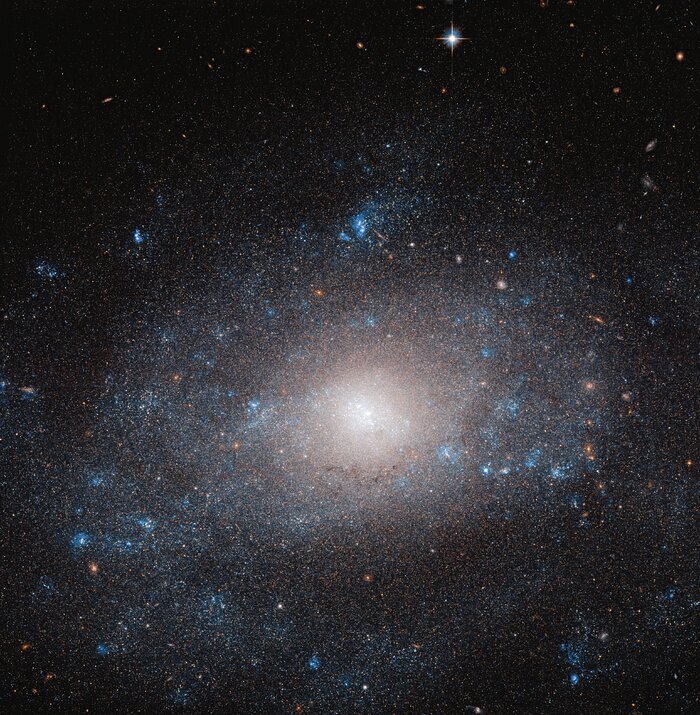 Resting on the tail of the Great Bear in the constellation of Ursa Major, lies NGC 5585, a spiral galaxy that is more than it appears.

The many stars, and dust and gas clouds that make up NGC 5585, shown here in this Hubble image, contribute only a small fraction of the total mass of the galaxy. As in many galaxies, this discrepancy can be explained by the abundant yet seemingly invisible presence of dark matter.

The stellar disc of the galaxy extends over 35 000 light-years across. When compared with galaxies of a similar shape and size, NGC 5585 stands out by having a notably different composition: Contributing to the total mass of the galaxy, it contains a far higher proportion of dark matter.

Hotspots of star formation can be seen along the galaxy’s faint spiral arms. These regions shine a brilliant blue, contrasting strikingly against the ever-black background of space.