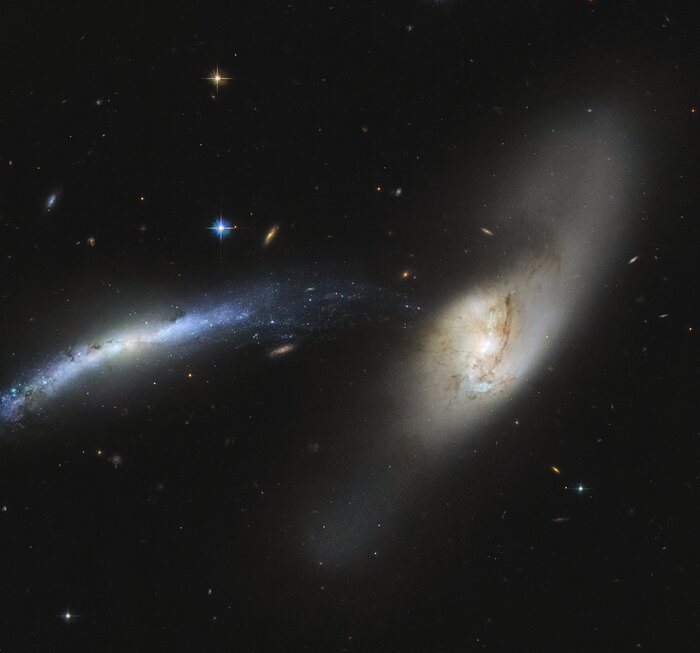 Interacting galaxies, such as these, are so named because of the influence they have on each other, which may eventually result in a merger or a unique formation. Already, these two galaxies have seemingly formed a sideways waterspout, with stars from NGC 2799 appearing to fall into NGC 2798 almost like drops of water.

Galactic mergers can take place over several hundred million to over a billion years. While one might think the merger of two galaxies would be catastrophic for the stellar systems within, the sheer amount of space between stars means that stellar collisions are unlikely and stars typically drift past each other.