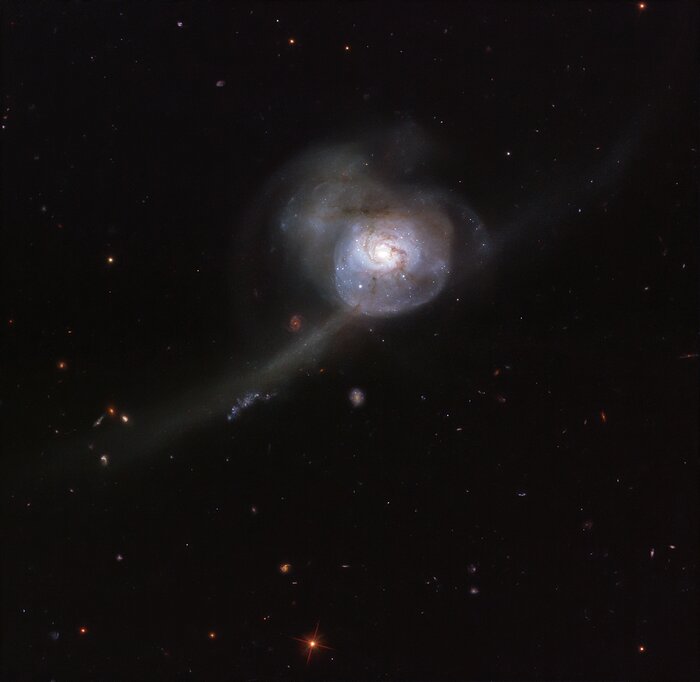 Appearing within the boundless darkness of space, the NASA/ESA Hubble Space Telescope’s snapshot of NGC 34 looks more like an otherworldly, bioluminescent creature from the deep oceans than a galaxy. Lying in the constellation Cetus (The Sea Monster), the galaxy’s outer region appears almost translucent, pinpricked with stars and strange wispy tendrils.

The main cause for this galaxy’s odd appearance lies in its past. If we were able to reverse time by a few million years, we would see two beautiful spiral galaxies on a direct collision course. When these galaxies collided into one another, their intricate patterns and spiral arms were permanently disturbed. This image shows the galaxy's bright centre, a result of this merging event that has created a burst of new star formation and lit up the surrounding gas. As the galaxies continue to intertwine and become one, NGC 34’s shape will become more like that of an peculiar galaxy, devoid of any distinct shape.

In the vastness of space, collisions between galaxies are quite rare events, but they can be numerous in mega-clusters containing hundreds or even thousands of galaxies.