A Bright Bar of Light 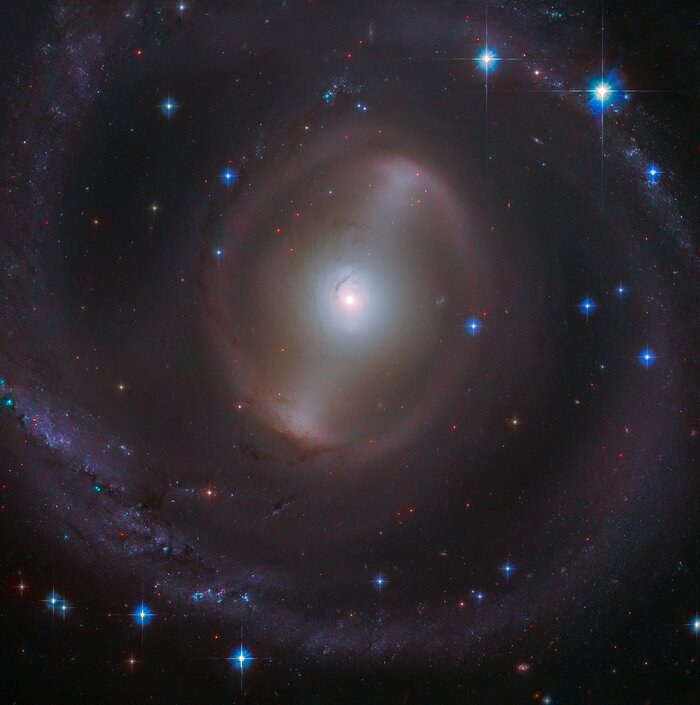 The magnificent central bar of NGC 2217 (also known as AM 0619-271) shines bright in the constellation of Canis Major (The Greater Dog), in this new image taken by the NASA/ESA Hubble Space Telescope. Roughly 65 million light-years from Earth, this barred spiral galaxy is a similar size to our Milky Way at 100 thousand light-years across. Many stars are concentrated in its central region forming the luminous bar, surrounded by a set of tightly wound spiral arms.

The central bar in these types of galaxies plays an important role in their evolution, helping to funnel gas from the disc into the middle of the galaxy. The transported gas and dust are then either formed into new stars or fed to the supermassive black hole at the galaxy's centre. Weighing from a few hundred to over a billion times the mass of our Sun, supermassive black holes are present in almost all large galaxies.

This image was colourised with data from the Panoramic Survey Telescope and Rapid Response System (Pan-STARRS).