A Galaxy to Take Your Breath Away 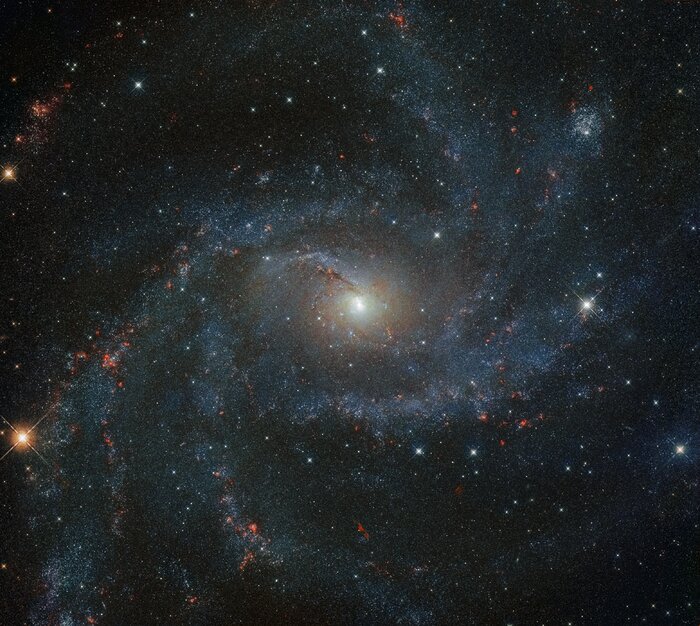 The galaxy NGC 6946 is nothing short of spectacular. In the last century alone, NGC 6946 has experienced 10 observed supernovae, earning its nickname as the Fireworks Galaxy. In comparison, our Milky Way averages just 1-2 supernova events per century. This NASA/ESA Hubble Space Telescope image shows the stars, spiral arms, and various stellar environments of NGC 6946 in phenomenal detail.

We are able to marvel at NGC 6946 as it is a face-on galaxy, which means that we see the galaxy “facing” us, rather than seeing it from the side (known as edge-on). The Fireworks Galaxy is further classified as an intermediate spiral galaxy and as a starburst galaxy. The former means the structure of NGC 6946 sits between a full spiral and a barred spiral galaxy, with only a slight bar in its centre, and the latter means it has an exceptionally high rate of star formation.

The galaxy resides 25.2 million light-years away, along the border of the northern constellations of Cepheus and Cygnus (The Swan).