Colours of the Lost Galaxy 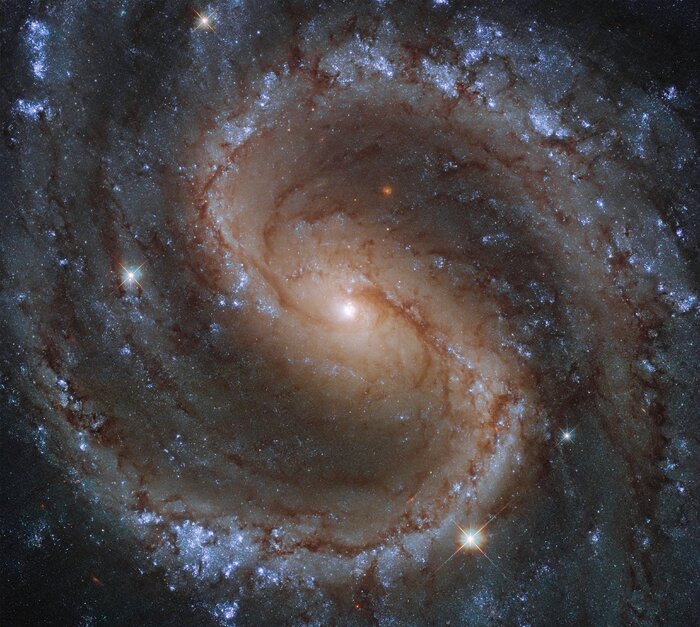 Located in the constellation of Virgo (The Virgin), around 50 million light-years from Earth, NGC 4535 is truly a stunning sight to behold. Despite the incredible quality of this image, taken from the NASA/ESA Hubble Space Telescope, NGC 4535 has a hazy, somewhat ghostly, appearance when viewed from a smaller telescope. This led amateur astronomer Leland S. Copeland to nickname NGC 4535 the “Lost Galaxy” in the 1950s.

The bright colours in this image aren’t just beautiful to look at, as they actually tell us about the population of stars within this barred spiral galaxy. The bright blue-ish colours, seen nestled amongst NGC 4535’s long, spiral arms, indicate the presence of a greater number of younger and hotter stars. In contrast, the yellower tones of this galaxy’s bulge suggest that this central area is home to stars which are older and cooler.

This galaxy was studied as part of the PHANGS survey, which aims to clarify many of the links between cold gas clouds, star formation, and the overall shape and other properties of galaxies. On 11 January 2021 the first release of the PHANGS-HST Collection was made publicly available.