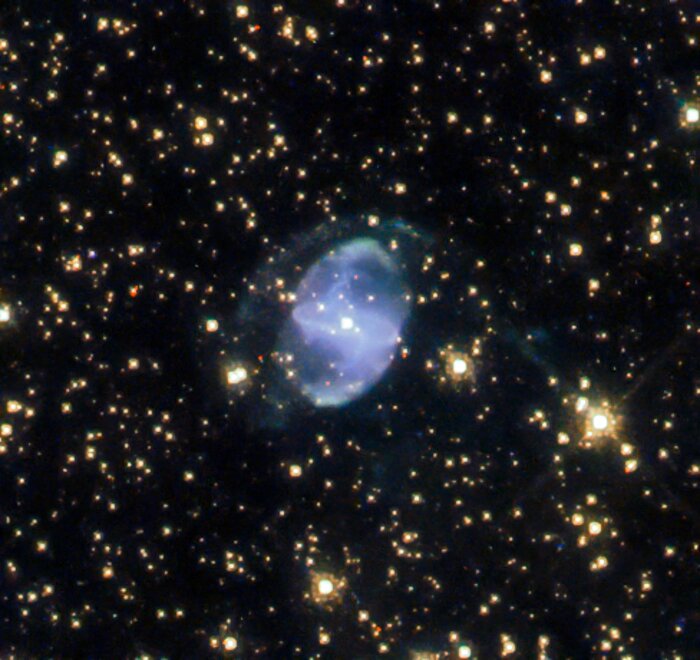 The lives of planetary nebulae are often chaotic, from the death of their parent star to the scattering of its contents far out into space. Captured here by the NASA/ESA Hubble Space Telescope, ESO 455-10 is one such planetary nebula, located in the constellation of Scorpius (The Scorpion).

The oblate shells of ESO 455-10, previously held tightly together as layers of its central star, not only give this planetary nebula its unique appearance, but also offer information about the nebula. Seen in a field of stars, the distinct asymmetrical arc of material over the north side of the nebula is a clear sign of interactions between ESO 455-10 and the interstellar medium.

The interstellar medium is the material — consisting of matter and radiation — between star systems and galaxies. The star at the centre of ESO 455-10 allows Hubble to see the interaction with the gas and dust of the nebula, the surrounding interstellar medium, and the light from the star itself. Planetary nebulae are thought to be crucial in galactic enrichment as they distribute their elements, particularly the heavier metal elements produced inside a star, into the interstellar medium which will in time form the next generation of stars.