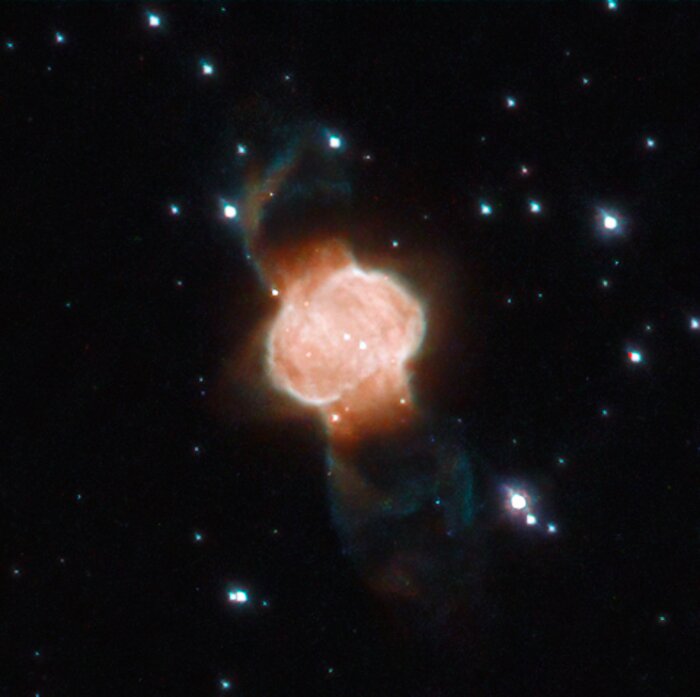 This week’s NASA/ESA Hubble Space Telescope Picture of the Week features an impressive portrait of M1-63, a beautifully captured example of a bipolar planetary nebula located in the constellation of Scutum (the Shield). A nebula like this one is formed when the star at its centre sheds huge quantities of material from its outer layers, leaving behind a spectacular cloud of gas and dust.

It is believed that a binary system of stars at the centre of the bipolar nebula is capable of creating hourglass or butterfly-like shapes like the one in this image. This is because the material from the shedding star is funnelled towards its poles, with the help of the companion, creating the distinctive double-lobed structure seen in nebulae such as M1-63.