Tantrums of a Baby Star 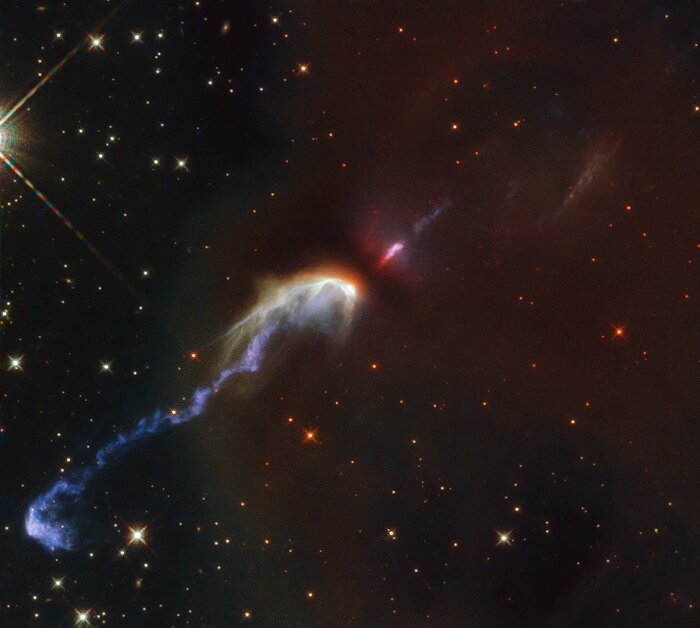 Herbig-Haro objects are some of the rarer sights in the night sky, taking the form of thin spindly jets of matter floating amongst the surrounding gas and stars. The two Herbig-Haro objects catalogued as HH46 and HH47, seen in this image taken with the NASA/ESA Hubble Space Telescope, were spotted in the constellation of Vela (The Sails), at a distance of over 1400 light-years from Earth. Prior to its discovery in 1977 by the American astronomer R. D. Schwartz, the exact mechanism by which these multi-coloured objects formed was unknown.

Before 1997 it was theorised by Schwartz and others that the objects could be a type of reflection nebula, or a type of shock wave formed from the gas emitted from a star interacting with the surrounding matter. The mystery was finally solved when a protostar, unseen in this image, was discovered at the centre of the long jets of matter. The outflows of matter, some 10 light-years across, were ejected from the newly born star and violently propelled outwards at speeds of over 150 kilometres per second. Upon reaching the surrounding gas, the collision created the bright shock waves seen here.