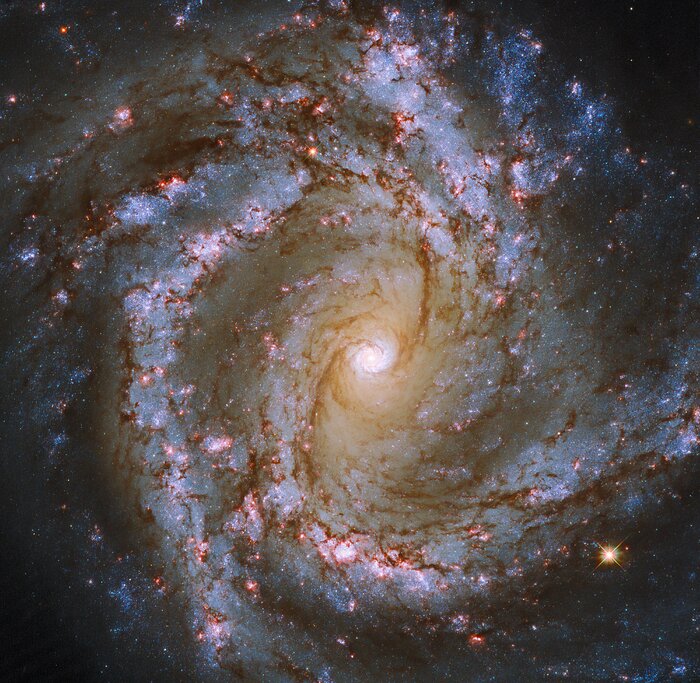 The luminous heart of the galaxy M61 dominates this image, framed by its winding spiral arms threaded with dark tendrils of dust. As well as the usual bright bands of stars, the spiral arms of M61 are studded with ruby-red patches of light. Tell-tale signs of recent star formation, these glowing regions lead to M61’s classification as a starburst galaxy.

Though the gleaming spiral of this galaxy makes for a spectacular sight, one of the most interesting features of M61 lurks unseen at the centre of this image. As well as widespread pockets of star formation, M61 hosts a supermassive black hole more than 5 million times as massive as the Sun.

M61 appears almost face-on, making it a popular subject for astronomical images, even though the galaxy lies more than 52 million light-years from Earth. This particular astronomical image incorporates data from not only Hubble, but also the FORS camera at the European Southern Observatory’s Very Large Telescope, together revealing M61 in unprecedented detail. This striking image is one of many examples of telescope teamwork — astronomers frequently combine data from ground-based and space-based telescopes to learn more about the Universe.