Light Bends from the Beyond 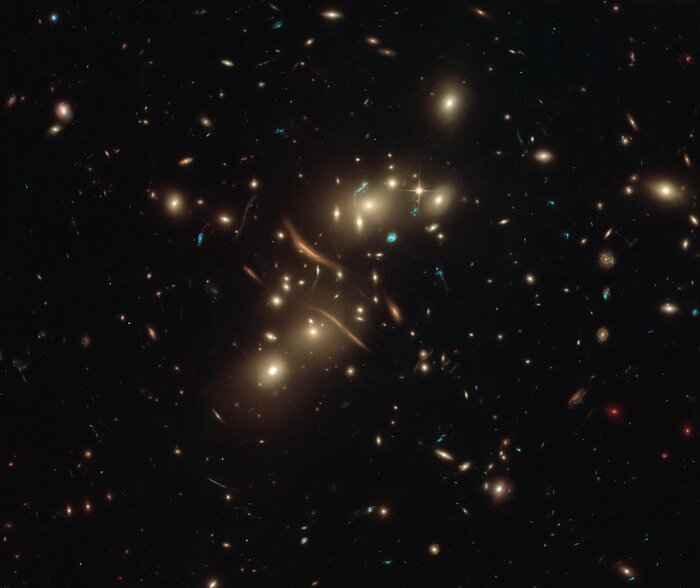 This extraordinary image from the NASA/ESA Hubble Space Telescope of the galaxy cluster Abell 2813 (also known as ACO 2813) has an almost delicate beauty, which also illustrates the remarkable physics at work within it. The image spectacularly demonstrates the concept of gravitational lensing.

In amongst the tiny dots, spirals and ovals that are the galaxies that belong to the cluster, there are several distinct crescent shapes. These curved arcs of light are strong examples of a phenomenon known as gravitational lensing. The image was compiled using observations taken with the Hubble Space Telescope’s Advanced Camera for Surveys (ACS) and Wide Field Camera 3 (WFC3).

Gravitational lensing occurs when an object’s mass causes light to bend. The curved crescents and s-shapes of light in this image are not curved galaxies, but are light from galaxies that actually lie beyond Abell 2813. The galaxy cluster has so much mass that it acts as a gravitational lens, causing light from more distant galaxies to bend around it. These distortions can appear as many different shapes, such as long lines or arcs.

This very visual evidence that mass causes light to bend has been famously used as a proof of one of the most famous scientific theories: Einstein’s theory of general relativity.