A Menagerie of Galaxies 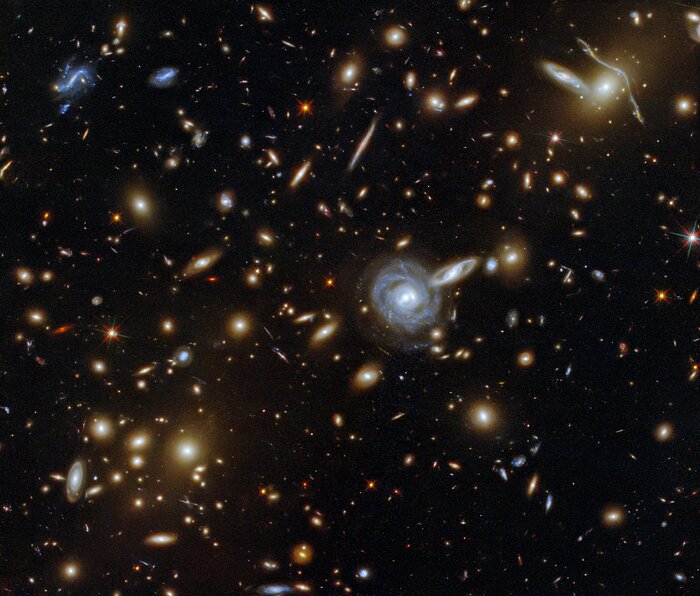 This packed ESA/Hubble Picture of the Week showcases the galaxy cluster ACO S 295, as well as a jostling crowd of background galaxies and foreground stars. Galaxies of all shapes and sizes populate this image, ranging from stately spirals to fuzzy ellipticals. As well as a range of sizes, this galactic menagerie boasts a range of orientations, with spiral galaxies such as the one at the centre of this image appearing almost face on, and some edge-on spiral galaxies visible only as thin slivers of light.

The cluster dominates the centre of this image, both visually and physically. The huge mass of the galaxy cluster has gravitationally lensed the background galaxies, distorting and smearing their shapes. As well as providing astronomers with a natural magnifying glass with which to study distant galaxies, gravitational lensing has subtly framed the centre of this image, producing a visually striking scene.