A Distant Spiral in Virgo 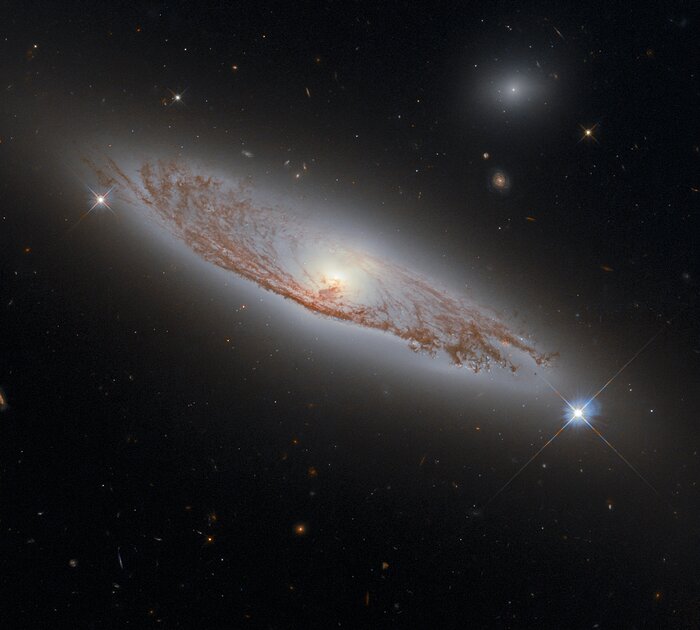 This image shows the spiral galaxy NGC 5037, which is found in the constellation of Virgo and was first documented by William Herschel in 1785. It lies about 150 million light-years away from Earth, and yet it is possible to see the delicate structures of gas and dust within the galaxy in extraordinary detail. This was made possible by Hubble’s Wide Field Camera 3 (WFC3), which was used to collect the exposures that were combined to create this image.

WFC3 is a very versatile camera, as it can collect ultraviolet, visible and infrared light, thereby providing a wealth of information about the objects that it observes. WFC3 was installed on Hubble by astronauts in 2009, during servicing mission 4, which was Hubble’s fifth and final servicing mission. Servicing mission 4 was intended to prolong Hubble’s life for another five years. 12 years later, both Hubble and WFC3 remain in active use!