In the Heart of the Furnace 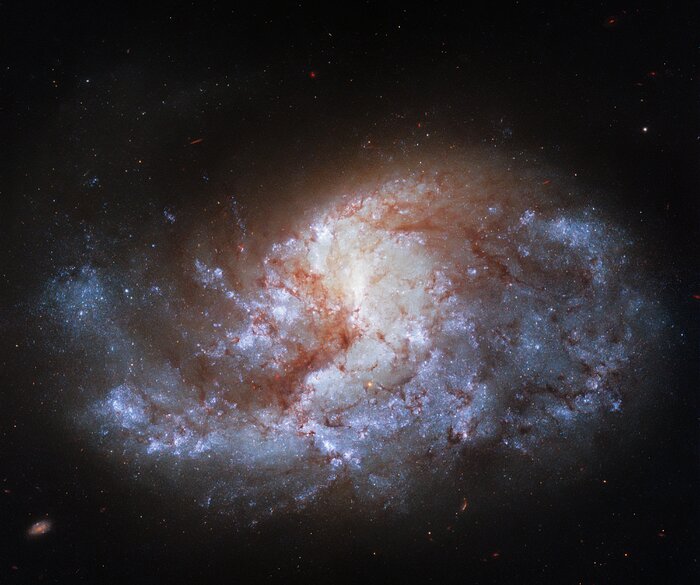 This jewel-bright image from the NASA/ESA Hubble Space Telescope shows NGC 1385, a spiral galaxy 68 million light-years away from Earth, which lies in the constellation Fornax. The image was taken with Hubble’s Wide Field Camera 3 (WFC3), which is often referred to as Hubble’s workhorse camera, thanks to its reliability and versatility. It was installed in 2009 when astronauts last visited Hubble, and 12 years later it remains remarkably productive.

NGC 1385’s home — the Fornax constellation — is not named after an animal or an ancient God, as are many of the other constellations. Fornax is simply the Latin word for a furnace. The constellation was named Fornax by Nicolas-Louis de Lacaille, a French astronomer who was born in 1713. Lacaiile named 14 of the 88 constellations that are still recognised today. He seems to have had a penchant for naming constellations after scientific instruments, including Atlia (the air pump), Norma (the ruler, or set square) and Telescopium (the telescope).