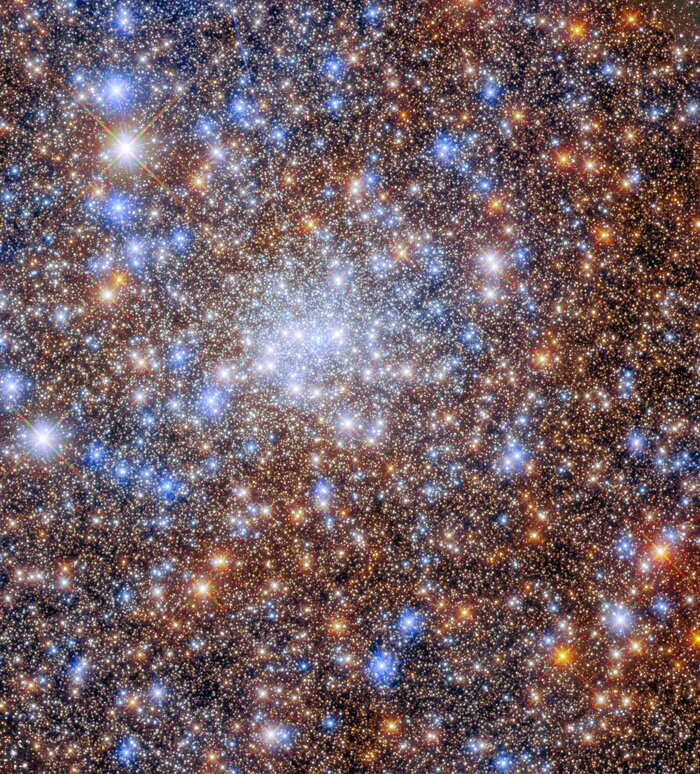 A glittering multitude of stars in the globular cluster Terzan 4 fill this image from the NASA/ESA Hubble Space Telescope. Globular clusters are collections of stars bound together by their mutual gravitational attraction, and can contain millions of individual stars. As this image shows, the heart of a globular cluster such as Terzan 4 is a densely packed, crowded field of stars — which makes for spectacular images!

The launch of Hubble in 1990 revolutionised the study of globular clusters. The individual stars in these dense crowds are almost impossible to distinguish from one another with ground-based telescopes, but can be picked apart using space telescopes. Astronomers have taken advantage of Hubble’s crystal-clear vision to study the stars making up globular clusters, as well as how these systems change over time.

Astronomers took advantage of the sensitivity of two of Hubble’s instruments — the Advanced Camera for Surveys and Wide Field Camera 3 — to overcome the impact of extinction on Terzan 4. By combining Hubble imagery with sophisticated data processing, astronomers were able to determine the ages of galactic globular clusters to within a billion years — a relatively accurate measurement in astronomical terms!