Hubble's infrared camera is back in business - new images released

After more than three years of inactivity, today the NASA/ESA Hubble Space Telescope's Near Infrared Camera and Multi-Object Spectrometer (NICMOS) is once again active. Equipped with a new cryogenic refrigerator, it reveals various breathtaking views of the Universe.

The first NICMOS test images demonstrate its powerful new capability for making remarkable discoveries unique to space-based near-infrared astronomy. The NICMOS's sharp vision penetrated the edge-on dusty disc of a galaxy, NGC 4013, right into the galaxy's core. Astronomers were surprised to see what appears to be an edge-on ring of stars, 720 light-years across, encircling the nucleus. Although such star-rings are not uncommon in barred-spiral galaxies, only NICMOS has the resolution to see the ring buried deep inside an edge-on galaxy.

Shifting its infrared vision to our stellar backyard, NICMOS uncovered the outer layers of the Cone Nebula (also photographed by Hubble's Advanced Camera for Surveys in April) to display the underlying dusty 'bedrock' in this stellar 'pillar of creation'.

'It is fantastic that we have restored Hubble's infrared eyesight. NICMOS has taken us to the very fringes of the Universe and to a time when the first galaxies were formed. We can't wait to get back out there,' said Dr Rodger Thompson, NICMOS Principal Investigator, University of Arizona, Tucson, USA.

Installed on Hubble in February 1997, NICMOS used near-infrared vision to probe dark, dusty, never-before-seen regions of space with the optical clarity that only Hubble can provide. Its infrared detectors operated at a very cold temperature (-213:C or 60 K).

To keep the detectors cold, NICMOS was encased in a thermos-like container filled with solid nitrogen ice. It was expected that the solid nitrogen ice would last approximately four years. However, the ice evaporated about twice as fast as estimated and was depleted after only 23 months of NICMOS science operations. In 1999 - with its supply of ice exhausted - NICMOS became dormant.

Determined not to be defeated, scientists and engineers devised a plan to restore NICMOS to life. They turned to a new mechanical cooling technology, jointly developed by NASA and the U.S. Air Force. The NICMOS Cooling System (NCS) was built by NASA's Goddard Space Flight Center, Greenbelt, USA and the Creare Corporation, Hanover, USA.

The mechanical cooler operates on principles similar to a modern home refrigerator. It pumps ultracold neon gas through the internal plumbing of the instrument. At its core are three miniature, high-tech turbines that spin at rates up to about 430 000 rpm. Since the speed of the turbines can be adjusted at will, the NICMOS light sensors can be operated at a more optimal temperature than was possible before, about -196:C (77 K).

The NICMOS cooling system is virtually vibration-free - an important aspect for Hubble since vibrations can affect image quality in much the same way that a shaky camera produces blurred pictures.

Astronauts installed the NCS inside Hubble during the fifth and final spacewalk of Servicing Mission 3B on 8 March, 2002. On 18 March, the NCS was activated via commands sent from the Space Telescope Operations Control Center at Goddard. It has continued to operate flawlessly ever since. The deep interior of the NICMOS reached the target temperature of -203:C (70 K) on 11 April. Most of the internal heat had been removed from the instrument, and the NCS stabilised itself at this temperature. On 19 April, NICMOS was brought up to a fully operational state and testing of its internal condition began. Since then, fine adjustments have been made to the settings of the NCS to optimise the instrument for best performance. 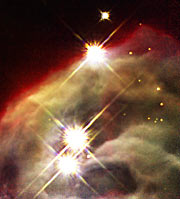 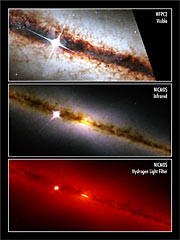 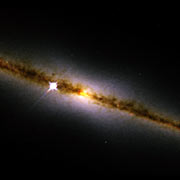 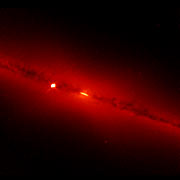 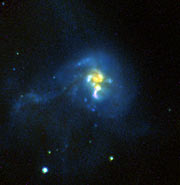 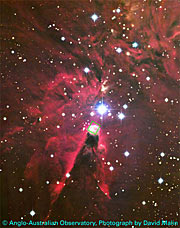 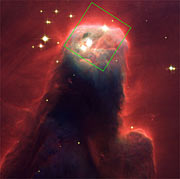 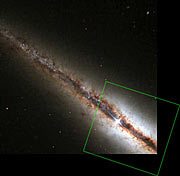