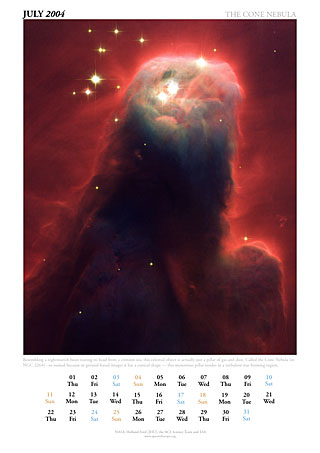 Resembling a nightmarish beast rearing its head from a crimson sea, this celestial object is actually just a pillar of gas and dust. Called the Cone Nebula (in NGC 2264) - so named because in ground-based images it has a conical shape — this monstrous pillar resides in a turbulent star-forming region.

Credit:
NASA, Holland Ford (JHU), the ACS Science Team and ESA
Usage of ESA/Hubble Images and Videos
Are you a journalist? Subscribe to the ESA/Hubble Media Newsletter.