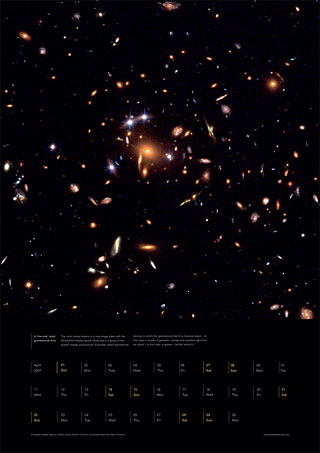 The most unique feature in a new image taken with the NASA/ESA Hubble Space Telescope is a group of five quasar images produced by a process called gravitational lensing, in which the gravitational field of a massive object - in this case, a cluster of galaxies - bends and amplifies light from an object - in this case, a quasar – farther behind it.