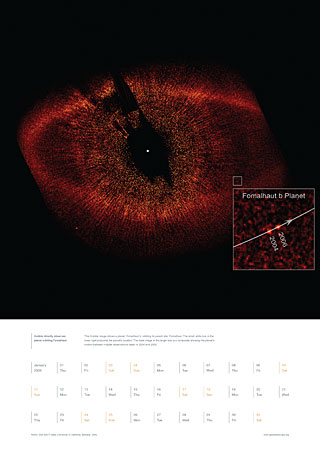 This Hubble image shows a planet, Fomalhaut b, orbiting its parent star, Fomalhaut. The small white box in the ower right pinpoints the planet’s location. The inset image in the larger box is a composite showing the planet’s motion between Hubble observations taken in 2004 and 2006.

Credit:
NASA, ESA and P. Kalas (University of California, Berkeley, USA)
Usage of ESA/Hubble Images and Videos
Are you a journalist? Subscribe to the ESA/Hubble Media Newsletter.