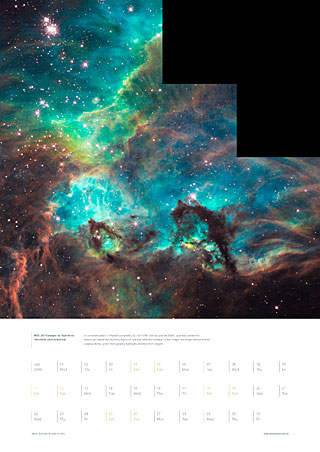 In commemoration of Hubble completing its 100 000th orbit around the Earth, scientists aimed the telescope toward this dazzling region of celestial birth and renewal. In this image, red shows emission from sulphur atoms, green from glowing hydrogen and blue from oxygen.

Credit:
NASA, ESA and M. Livio (STScI)
Usage of ESA/Hubble Images and Videos
Are you a journalist? Subscribe to the ESA/Hubble Media Newsletter.