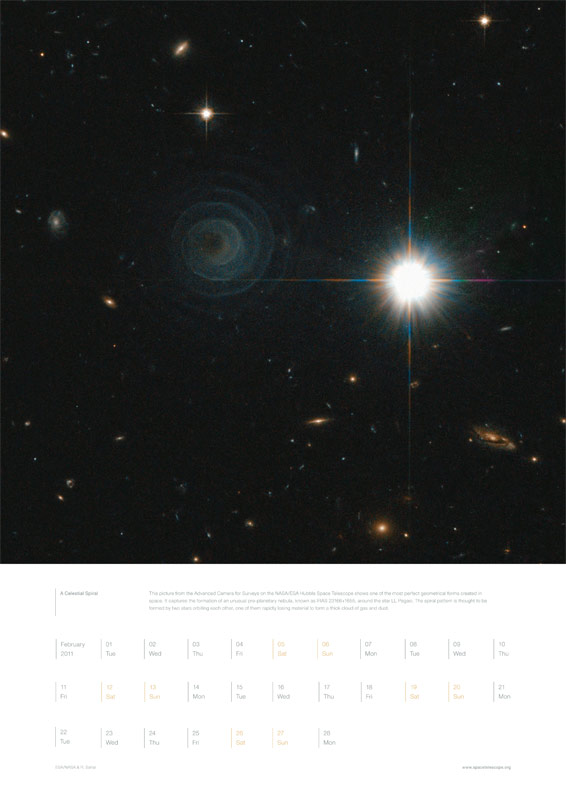 This picture from the Advanced Camera for Surveys on the NASA/ESA Hubble Space Telescope shows one of the most perfect geometrical forms created in space. It captures the formation of an unusual pre-planetary nebula, known as IRAS 23166+1655, around the star LL Pegasi. The spiral pattern is thought to be formed by two stars orbiting each other, one of them rapidly losing material to form a thick cloud of gas and dust.