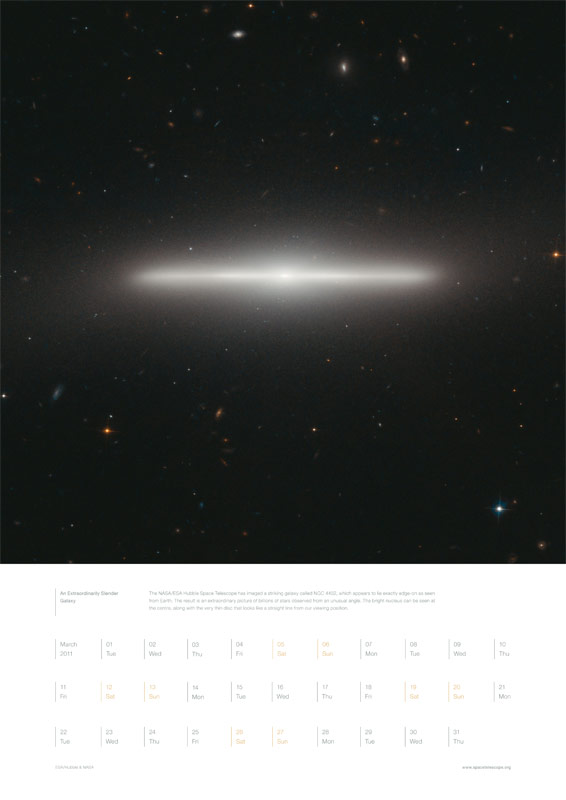 The NASA/ESA Hubble Space Telescope has imaged a striking galaxy called NGC 4452, which appears to lie exactly edge-on as seen from Earth. The result is an extraordinary picture of billions of stars observed from an unusual angle. The bright nucleus can be seen at the centre, along with the very thin disc that looks like a straight line from our viewing position.